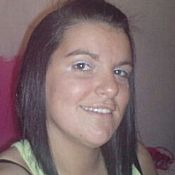 I always leave truthful honest reviews on anything I purchased. If I can't be positive I think twice about doing it as it can effect negatively on the business. I only do it if I'm treated really badly and I'm not in anyway wrong. If you see a negative then it's there for a true reason not out of spite.

Tip for consumers: Think before you buy and sell as you don't really have that much protection even with PayPal both companies use email to contact department or outside the company that you bought with. They ain't in a rush like the bank or a retail store it can go on for 7 days plus. Always read customer feedback especially the negative.

Before I will put forward my letter of complaint, I would like to point out that I have been a...

Started a contract with virgin media even though it was only a few years ago they said they...