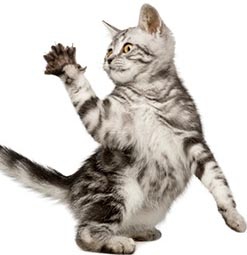 A Beautiful Life Brands
“I am so glad I found this site so I can let people...”

I am so glad I found this site so I can let people know the scam this site is running. My story is long so I will give you the summary version. I ordered monyette paris and child perfume from there site about a year ago. After a month and without either perfume I called the shop (in the US) and spoke to them. They told me they were waiting on Child to arrive and that it is due to arrive in a week and they will ship it out immediately after that. Nothing for a month. I call again and spoke to the same woman who told me 'we had Child in and it just flew off the shelves!" I asked them WHY did they not send me mine which I ordered a couple months ago they had no answer for me. So I tell them to send me the monyette and the Child when it comes in. Nothing for 3 wks. I call again and speak to the SAME WOMAN who said she cannot remember ever speaking to me (?!) and that she is as we speak sending a Monyette out to me. Nothing for 3 wks. I call AGAIN and speak to the same woman who again tells me she has not recollection of our previous 4 conversations doesnt know who I am and that Monyette just 'flew off the shelves'. No apology, nothing. I expressed my disatisfaction and asked for a refund. Nothing in my account after 2 weeks. I call back and speak to THE SAME WOMAN. She tells me 'I don't remember talking to you" and I basically told her 'yes you do!" and I want a refund Now. I get nothing yet again. I call her AGAIN and the same thing happens. So I call VISA about this problem but they cannot refund my money after 120 days. I honestly just gave up after this point and have spent so much money on international phone calls to a woman pretending not to know who I was each time and making false promises. So they have my money and their perfume. I contacted the person who makes the Child perfume and told her about this but her answer was basically that she had not heard any other complaints before about their site. Please DO NOT order from them unless you want to go through what I went through.