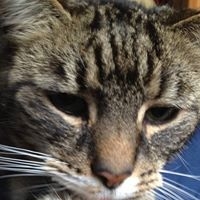 We used it in the past, my other half bought from there, so I tried to sell a few items, I ended up leaving in frustration. You are lucky if you get paid, it seems most of the buyers there don't pay, of course you get the eMails from Catawiki that they chase the buyer up. Well, 6 months later still nothing. Then don't get me started on the experts, the items I listed were basically designer pieces, now I know you can't ever expect full retail price for an item but if somebody decides that the last line won't sell, and on another item, bought 4 months ago for 5K and sold out, evaluates it £140 - £230 I'm just stunned, I was even more stunned when I saw that the same "expert" had valued a high street dress just the same. The expertise must be a relative term, or actually a family relation.
They also don't seem to know the difference between the different lines of design houses, the black label seems to be the same as the much much cheaper lines, and if your old aunt who never read a fashion magazine hasn't heard about it, chances are the experts won't know it.
I tried to google the background of them, the ones they give on the website seem to be a work of fiction, because you would think that you should be able to find them somewhere.

If you're happy to deal with people who have no clue, get automated emails, get paid late as they keep your money for 2 to 3 weeks while you pay for postage (that is if you get paid, remember you can't sell the item somewhere else even if the buyer doesn't pay for weeks or months and got it for a steal as they insisted that it shouldn't have a reserve, so you sell for Pennies and don't get them)...

I read somewhere that Catawiki pays the staff extremely little and they're all part timers, they must pay peanuts really, given the quality, on the other hand, why would a real expert work for very little?

I first thought it was just bad luck on my part, but it seems others have the same problem, items go missing, they never respond, you can't reach them by phone, they aren't responsible for anything...

Laila hasn’t received any thanks yous.

Laila doesn’t have any fans yet.

Laila isn’t following anybody yet.

It's absolutely not a acceptable how they operate They hold my money for almost a month still no...

Although I buy many bottles of whiskey all over the world this company was really poor in their...