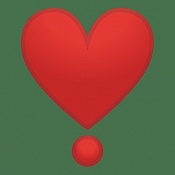 I love giving reviews on websites so I can raise awareness to the websites that are good :)

Healthful Chat
“it's not bad”
Honestly I think the sites intentions are AMAZING. The site is trying to help anyone with any issues about anything, by having people talk about it, and is succeeding most of the time :).

But I do however think some mods are definitely a little unfair. I wouldn't say all the mods are unfair, because that is not true. 90% of mods are so nice, so amazing, and always gives people second chances even when they are being put down.

I have been banned for "creating clones" because my friends were over and they wanted to go on the site too. And, to be fair, I 100% understand why multiple logins from one wifi network is against the rules.

One of the mods just told me I couldn't do multiple logins, in a nice, but stern way, which I think is a really effective. But before I had the chance to tell my friends to we had to log out, another moderator muted me and everyone else using my wifi network. Then 5 seconds later, he banned my network from the website FOREVER. (not even a 48 hour ban?)

Then a few days later one of my friends invited me to her house, so I used her wifi and tried to find the mod that banned me. I found him and tried to explain the situation to him but he wouldn't listen. Instead he banned my friends network from the website forever too.

You might be asking, "Were you and your friends rude to the people on the website?"
And I would say definitely not. Everyone was just chatting and having a great time, which I think is what this website should completely be about.
Helpful (0)
Thank you

Lael hasn’t received any thanks yous.

Lael doesn’t have any fans yet.

Lael isn’t following anybody yet.

You won't get real help here, maybe some sympathy but if you want anything more than breathing...