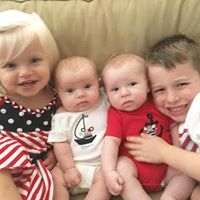 Amazon
“They send defective items then refuse to make it right”
Amazon used to be a good company. Ever since Bezos became the richest
Man in the world they apparently stopped caring about quality or
Customer service. I ordered the Onelink Safe & Sound by First Alert
And they sent be a clearly defective customer returned item that
Already had the "discharge" tab on the back poked through, which
Permanently disables the battery after the smoke detector has failed. I
Let them know and they claimed to have refunded my money (but days later
The refund still hasn't shown up on my credit card online statement),
But wouldn't issue a replacement and told me to buy another one. So I
Bought another one and waited for it to arrive. I opened it and
Immediately saw that it had previously CAUGHT ON FIRE. There were very
Clear burn marks on the item. I appreciate the irony of sending me a
Smoke alarm that had previously caught on fire, but I didn't exactly
Plan on spending hundreds of dollars on a paper weight. So I contacted
Them again and informed them of being sent two clearly defective items
In a row. However, for the second item they are refusing to issue a
Replacement that hasn't been on fire and are making me jump through
Hoops to get a refund. Absolutely awful customer service.

Helpful (3)
Thank you
Appliances Connection
“Misleading in many ways”
Product availability, rebate information, and "Authorized Dealer" information listed on this website is misleading and/or false. Good pricing, but don't count on getting your item delivered in a remotely reasonable time after they've already charged you, actually getting rebate money back, or having a full manufacturer's warranty.
Helpful (2)
Thank you
Skis
“Bait & Switch”
They listed a pair of prior season girls skis & bindings for a pretty good, but fairly standard discounted price (you can always get prior model year ski equipment substantially discounted in the off-season from many, many vendors). I ordered and paid for them. They sent me an order confirmation. A few days later they e-mailed me and said there would be a shipping delay and I said no problem, we're not going skiing until December. Then a few days later they e-mailed me and said that my item was actually out of stock and offered to let me know about similar replacements. I found the exact same ski in the exact same size on their website, but with a different graphic, also a prior model year ski that other retailers are discounting and suggested they just send that one since it's essentially exactly what I had already paid for. However, they then tried to charge me full MSRP, which was almost double what I had already paid.

Nobody in their right mind would pay full price for prior season skis under any circumstances and they certainly wouldn't agree to double the price they're paying to receive what they had already paid for, but still hadn't because of the retailer's screw up. I declined their absurd offer. Then they offered a completely different product, in a bigger size that anybody who knows anything about skiing would know couldn't work for the same sized child, for a higher price, which I obviously declined.

Stay away from this company. There are a ton of great retailers of outdoor/ski/snowboarding equipment online that promptly send you exactly what you've already ordered and paid for and won't try to make more money off of you after they have your money and fail to deliver what you've already bought. Go elsewhere.
Helpful (0)
Thank you