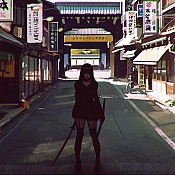 BoardGameBliss
“Great store with such variety”

I was in a pickle. I really wanted the game Chinatown because it was the perfect game to play either at work (a bar) or with family. Problem was, it was hard to find anywhere and any online store that had them was trying to charge exorbitant prices along the lines of $70 or $80 minimum when it's a $50 retail game. This is when I discovered Board Game Bliss. They had it at a reasonable price and they were willing to ship from Canada to the US, which I might have unreasonably expected wouldn't be possible. I ended up paying what equates to $43 USD for an amazing game, and that's including shipping. (Because I paid in CAD) Their service was great, and everything went perfectly smoothly. I'm hearing as of yesterday about a Canadian Kickstarter game that will be fulfilling within the next two months and I'm very much hoping to buy it from them when it does. (They already had an option on their site to be notified when it's in stock.) Truly worth looking at and the only board game retailer for which I am subscribed to a newsletter.

Helpful (0)
Thank you
BGG
“Best site for board game enthusiasts”

It may take some getting used to but this site is incredible. I've been using it to learn about board games ever since I learned it existed in 2012.

You can get all of the information you'd want on a game including images, reviews, questions on rules, places to buy it (including the BGG Geek Market which I've successfully used once), previous versions, etc. My favorite feature is probably the ability to log your plays. It's not easy to do, but it's well worth the effort. The BGG app that I regularly use on my phone is easier than using the website to log games, at least in my opinion. Another very useful feature is ability to make a wishlist and keep track of what level of excitement you have, personal notes, and whether you might just want to try playing the game first.

Another great thing is there are other websites that use your BGG stats to display them in another way. A great example is Playback (https://playback.geekgroup.app/[your username]). It shows your plays in chronological order as a growing bar chart and you can click "explore more" to get a ton of stats.

I think if you have any interest in board games, this is a must-use site. Very reliable.

Tip for consumers:
Your personal experience with the Geek Market will vary because it's your fellow gamers. You can't rate that any more than you can rate eBay as a site for the wide variety of sellers you'll end up with. I think it's valuable because it's another option, but I still personally default to board game retailers, local stores, or sites like Amazon/eBay.

Helpful (0)
Thank you
TokyoTreat
“Literally stealing from me”

If you are willing to risk it, or don't care about money, then Tokyo Treat has an opportunity to be a 4 star (at best) company. If everything goes your way, which it seems to have for most reviewers here, they will provide an over-priced repetition of treats you've had before with a few gems thrown in there. I had a decent experience with them and would've given 3 or 4 stars up until the point where my annual subscription was coming up. This is where disaster struck.

This all started with me going for yearly premium subscriptions. I thought the cost was pretty extreme, but I could skip my usual snack budget and maybe cut spending to make up for it. First issue with them was actually the first e-mail I got from them after everything was set up, but I didn't think anything of it at the time. They offered me a chance at a giveaway (which likely doesn't exist) if I give a 5-star review of them on up to two different sites. (Image attached) This bribing of new customers is likely why there's so many positive reviews.

It was July 2020, my subscription was going to renew in August. I see a promotion of using a code to get a box of KitKats with your subscription. I think "Sure, I'll renew a month early to get extra KitKats." and I try renewing early. Oops. I come to find I've ordered a second subscription for myself. Why anyone in their right minds would ever do that, I'm not sure--but apparently that's what they assume you're doing. I quickly start a ticket and try to get this mistake fixed. The kind staff member assures me that I will have to pay for the two boxes that are already being packed, but they will give store credit for the rest and it will pay for my automatic subscription payment that's coming in August. Cool. Glad that got fixed.

August rolls around, and I'm charged for a full year. They lied to me about store credit or they messed up. Okay. Maybe it was an honest mistake and they forgot. I submit a ticket again. They do not admit to what happened, but they tell me they can give me a year's worth store credit one year from now. EXCUSE ME? Fool me once, shame on me. Fool me twice, shame on you. I'm not taking any store credit. They tell me it's impossible to issue an actual refund. (This is a lot of frustrating talking to a wall conversation I'm skipping over in every ticket I open.)

I decide to contact PayPal for a refund and after some back and forth, they finally give me a refund. Okay. Finally. It's actually fixed. I paid for one subscription. I'm getting one subscription.

Fast forward a few months. I don't have a box to show since the refund. I assume, since I refunded and they cannot charge me for the speedy DHL shipping (PayPal policy for disputes), they are ground shipping the boxes to me--plus Covid has slowed shipping down for a lot of companies. No worries. I'll give them the benefit of the doubt and wait patiently. The box is likely on a barge in the middle of the ocean right now.

Okay, it's now been about 6 months since my last box. Where are they? I check the site and both my subscriptions are cancelled. I now have to make a third frustrating stream of tickets to find out Tokyo Treat apparently has a policy of if you charge back ANYTHING, they will shut down ALL of your subscriptions automatically. Since I passed 180 days, PayPal will not refund the charge. My bank will not refund the charge. I'm now stuck waiting for Tokyo Treat to give me product (that I don't even want at this point) or my money back, and I don't think I'm getting either. As of right now, they're literally stealing from me. All they do is keep repeating that they had to freeze my subscription while the refund was being processed (it was processed a month after I asked for it... not 6 months).

I'm waiting on a resolution and all I'm getting is copy-pasted lies about how they are so sorry for the inconvenience and understand how frustrating it is and they're doing everything they can. They're holding my money hostage. I know I'm not the only one, 'cause I've seen others review saying they tried refunding, were offered store credit, and had to dispute the charges. I'm being punished for being the better person and giving them the benefit of the doubt instead of disputing all charges and being done with this shady company like I originally considered back in August.

Tip for consumers:
Avoid this company like the plague. They will not give refunds for their own mistakes. They will not give refunds period. They'll only promise imaginary store credit. They have many policies they hide from the customer as much as possible like stopping ALL subscriptions under a payment method if ONE thing gets disputed, or the recurring subscription, or the extra extortion for DHL shipping while claiming you can have free shipping but not allowing it, etc. Very bad customer service.

Kyle doesn’t have any fans yet.

Let's face it, sometimes we just crave board games that aren't in stock locally and we must have...

Not the best looking web site, neither the most intuitive... but take time to adapt yourself to...