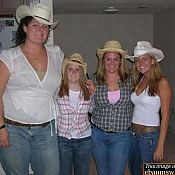 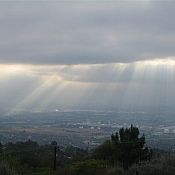 Crutchfield
“Very good for ordering electronics and anything speaker...”

Very good for ordering electronics and anything speaker audio related. I purchased speakers for my business and the customer service representative walked me through step by step and made the ordering process very easy and comfortable.

Would recommend to anyone and do business with again anytime!

Helpful (2)
Thank you
Sitejabber
“I love this site because it allows us users to speak...”

I love this site because it allows us users to speak our minds and speak out against bad web sites and in favor of the good ones! Thanks sitejabber!

The best search engine company there is. That is all.

One of my favorites sites to shop. Very trustworthy and no-nonsense shopping. Customer service is great as most customer service related issues is automated electronically and instantly. Prices are fair, not always the best, but fair and honest.

I have never had a problem with Amazon.com directly as they are prompt, professional, and efficient. I have had an issue with a private seller that was selling on amazon, but that can not be blamed on amazon directly.

Helpful (1)
Thank you
Groupon
“For the most part, groupon is a good concept run by...”

For the most part, groupon is a good concept run by greedy people. What does that mean for the business it advertises? Not so good. For instance, what consumers don't know is that groupon group takes 50% of the price of the groupon and gives 50% back to the advertiser. This means, the advertiser gets 25% of the groupon amount. Groupon gets the same amount for simply posting it on their site. Can someone say, unbalanced and unfair? I would recommend groupon to businesses that don't take too much of a hit to advertise with them as it is a very expensive form of advertising.

Edit: I have come to see the light with regards to yelp.com. I have in the past year found some great restaurants talked with the community manager and discovered that it is not the system that is a problem, but the few bad reviewers who are sour grapes and ruin a good thing that yelp has going.
I have also been able to meet some cool people through yelp and have discovered that the fake reviewers pan out and are pretty obvious to spot in the end once you read enough of the reviews. I am pro-yelp.com and wish them well.

Utter nonsense and a load of garbage. Can't really trust the reviews on here as they are mostly done by employees or competitors. Use yelp as a directory which it is good for, but don't pay attention to the star ratings or reviews.

Small businesses and All businesses BEWARE of Scoutmob.com. On the surface, they seem like a very generous company. But dig a little deeper and read the fine print, and you'll discover these guys are tricksters in disguise. I've reviewed several of the half off deal websites already, but from my experiences as well as fellow colleagues who have used scoutmob.com, these guys rank #1 or #2 in terms of RIP OFF for businesses.

In this review, I'd like to outline a few of their claims and my attempt to decode what they really mean.

Scoutmob Claim / Myth: "Scout mob will only charge. 25 to. 50 per customer! Rather than 50/50 as most of the other guys (ie. halfoffdepot.com groupon.com, etc.)

Fact: Scoutmob.com charged me. 50 per scoutmob user on their mailing list who showed interest in the deal. Why is that so bad and misleading? Let me explain. Scoutmob brags they have a mailing list of over 30,000 users. The day our deal was fun, over 2000 users showed interest (NOT ACTUAL CUSTOMERS!). We were sent a bill for $1000 for being on a mailing list that didn't even come close to actually getting actual customers from the mailing list. Out of the over 2000 scoutmobber "I'm in" ticks, 170 actually came in to our store. Don't forget, we also had to give them 50% off which cost us an additional $1700.
Additional Note: Who has only 1 email these days? I may be speculating here, but I'm sure many scoutmob.com users have more than 1 email so they can get multiple discounts and coupons for the same deal. This is an additional burden on the small business owner who has to keep track of scavenging scoutmobbers! Our business alone had to turn away over a dozen customers who tried to use multiple coupons though we clearly specified "one use per customer/person. No exceptions!" To our dismay, a few of these same customers wrote bad reviews for our establishment because we enforced a store policy on online websites such as yelp.com! We were speechless.
Scoutmob is a Lose/Lose scenario for businesses!

Scout mob Claim / Myth: "You have to only pay $1 to $2 per customer who comes in and uses their iphone or android or other smart phone device!"

Fact: For 3 grueling months, scout mobbers have the ability to redeem their additional scoutmob coupons via their smart phone by coming into your store. This means, regardless if this customer had already used a coupon via their computer or email, you now have to give 50% off for every scoutmob customer who shows you the coupon they have via the scoutmob app on their phone! This misleading sales pitch to us by overly aggressive scoutmob sales representative led to an additional total profit loss of over $12,000.

Scoutmob.com claim #3 / Myth: "Scout mob will only run your deal for a day! Consider the deal as a 1-day sale to get a whole bus of customers coming to your door!"

Fact: What a misleading claim! Scoutmob.com runs your business on their site for 1 day. After this, businesses are locked in via contract (which sales people aggressively get you (pretty much force you) to sign quickly and don't really explain all the fine print. My business was locked in to the scoutmob scam for 3 months! Our small business lost over $10000 in profit.

Fact: Bull cr*p. Most scoutmob customers are coupon cutters and not really customers you want as a hard working small business anyway. Scoutmob.com coupon users are pretty much deal seekers and the majority if not all will not be back at your establishment unless you as a small business owner give away another ridiculous discount.
Additional Fact: You probably will lose some of your regular customers due to an onslaught of coupon cutting scout mobbers who will pack your store leaving regular customers to wait in line. Many of our regular customers left after waiting for 10 minutes. Additional regular customers were angry that we rewarded coupon cutting customers rather than our loyal full paying customers. What a complete mistake on my part to run a scoutmob.com deal.
Additional Fact: You will lose regular business because of Scoutmob users. Because scoutmob is an app on smart phones such as iphone and androids, some of your regular customers who may be behind a scout mob app user will brag to all the customers in your store. Several of our regular customers who were willing to pay full price, were encouraged to download the app right then and there and use the 50% off coupon while in the store! I didn't know whether to scream or faint out of exasperation. 3 months of this I had to go through this kind of nonsense! Not only money and profit was lost, but additional opportunity cost was lost as well! I hate and despise scoutmob.com!

Moral of the story: Scoutmob.com is a rip off for small businesses! Stay away from Scout Mob fellow business/retail owners!

I can't believe I am the first reviewer of scoutmob.com. Fellow business owners and hard working individuals, I say it again, "BEWARE OF SCOUTMOB.COM!"

I like halfoffdepot.com. It's another play on groupon.com but again, they are not as big so essentially they treat businesses better. Good, but not perfect.

Helpful (7)
Thank you
LivingSocial
“Living social is a step up from groupon for businesses,...”

Living social is a step up from groupon for businesses, but they are not as popular. Go figure. They have partnered with facebook.com and I hope they succeed b/c their customer service is much more down to earth and fair to businesses over groupon.com. A for Livingsocial.com

A great site to keep up to date with friends and family. Also have some cool apps you can use which are great at killing time (ie. Games, random quizzes, personality tests, etc.)

WARNING! STAY AWAY from google adwords and the local business center of google all together. Wrong information, very unorganized, duplicate listings with wrong information, outdated numbers. HORRIBLE customer service that gets you no where. F----

Helpful (12)
Thank you
Yahoo Answers
“A great website to get subjective answers to commonly...”

A great website to get subjective answers to commonly asked questions. Fun, but not always completely accurate.

Kristina hasn’t received any thanks yous.

I didn't know what size speakers would fit my car and going to crutchfield.com made it very easy...

The customer service was very knowledgeable about their products and gave me several options of...