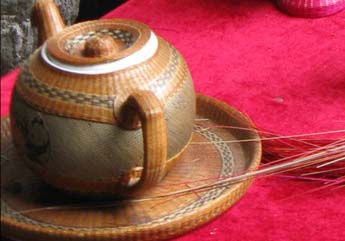 AR500 Armor
“I discovered this site from a special I saw from GearHog.com”

I discovered this site from a special I saw from GearHog.com. The deal was spend $20 to get $40 worth of items. From the start, I had already began seeing problems with the website. When I went to purchase my items (1 item worth $20 so I bought 2 since I had the voucher), I could not use my Gift Certificate. An error code stating "no such code exists" popped up.

I decided to test their communication ability (They are good at responding, hence the 2nd star), so I sent an email about the problem. They contacted me the next day as well as GearHog. It took two days for me to receive a new code, and once again when I entered it into the discount box, I was prompted with the error code.

The third day into my ordeal, I was sent another email, asking if I entered the code into the right box. Before I received this message, I had tried about 8 times and there was only ONE box to enter a code. When I went back to check after the third day, there were TWO boxes. The company made it seem like it was my fault when they hadn't even setup their website to receive discount codes! WTF?

I finally was able to get the code and my items in order. I was happy and felt a sense of accomplishment, only to run into ANOTHER problem. When I was checking out, they had a flat rate shipping charge of $12. This was a bit steep for the items I purchased, but I decided to just accept the charges. A couple hours later, I received a notice from PayPal that I had been charged $24 in total from the vendor. I may not be the best at math, but 2 items $20 each, a voucher for $40 worth of items to take care of that, and a $12 shipping fee does NOT add up to $24.

I sent ANOTHER email to AR500Armor.com, and they responded but only to an extent. It seemed that when I started to ask about the $24 fee, the emails slowly began to get less and less until today which seems to me as if they are now ignoring me. I'm only putting this out there because it is my true experience. I'm sure others have had great feedback with them, but if they are really ignoring my messages, it is a sure sign of bad business. Even a smiley face would be better than nothing.:)

I'll be sure to keep the public updated as the story continues.

Keo hasn’t received any thanks yous.

Keo doesn’t have any fans yet.

Keo isn’t following anybody yet.