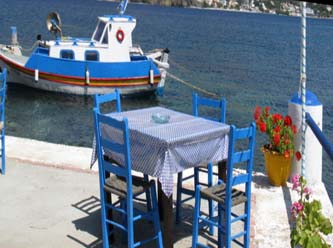 iWireless
“iWireless refuses after 6 months to give me a refund after having phones 2 days”
Back in June/July 2016, we bought 2 phones with a monthly plan from the Iwireless in Davenport, IA. The man who sold them to use told us that if we had service problems, we could bring them back within 24 hours, we'd have to wait on a refund check, but if we brought them back after the first 24 hours, before the first 10 days, we'd get refunded. When we brought the phones home, we got NO service, so 2 days later, we took the 2 phones back. The refund was almost $400, but the same guy who sold them to us told us that he clearly stated that we HAD to bring them back within the first 24 hours to get the money back immediately. We didn't really mind since he told us that within 3-5 days we'd have the check in our mailbox.

2 weeks later I called. They said it was still processing.

2 weeks later I called. They said that THEY had made a mistake, and the check had been mailed to the store, then sent back, but they were going to quickly process it and refund it immediately.

2 months ago, we went into the office. They refuse to let us talk to the manager, he won't call us back, but we got a customer service number. In the parking lot, I called that number, and they said, you have to deal with the manager.

Finally, last month we went in and the manager said they refunded us already to our bank. We switched banks a few weeks after returning the phones, since we were told to wait for a check. Here we are... going on 6 months, and still, no refund. Now when we call customer service, they tell us that there's nothing they can do because we're no longer in the system. When we call the manger, he avoids us, and says he doesn't know what to do. This is the worst company ever!!!
Helpful (0)
Thank you