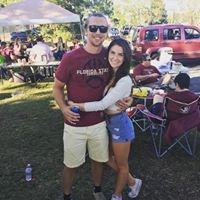 SilverAirways
“High class act - what a TERRIBLE way to treat customers during the holidays!”

Silver Airways... what a TERRIBLE way to treat customers during the holidays!

This morning my boyfriend had a flight from Orlando MCO to Pensacola that departed at 7am. Obviously with it being the holidays, security and check In was a little nuts.

He had gotten there the recommended 2 hours early, and was traveling lean, but he and 4 others on his flight still werent able to make it to the gate at boarding time.

The female attendant on duty WOULD NOT let them on the plane because they didnt show up to the gate 15 minutes before take off (7am).

The four of them literally watched the plane sit at the gate for 20 more minutes (plenty of time to board 4 single passengers) before it detached from the tarmac and left the gate.

Whats even more horrific, is that the man who was kind enough to be the voice of the group and try to get them on the plane, pleaded his case to the attendant and was penalized for it.

He pleaded that they had all got to the airport on time, but because its the holidays security was nuts, and that even though they were late for boarding the plane was sitting right there! He told her that he had a connecting flight at noon and was trying to get home to his family!

She did not give one crap. As a matter of fact, she didnt like that he challenged her... so she told him there were no more available flights that day. Then when my boyfriend asked 5 min later, she gave him two seating options on a flight that took off at 5:20pm that day...

The attendant is clearly the type of person that enjoys exercising the smallest amount of authority shes been given. So sad. So disappointing. You would think an Airline would have policies or training that would protect their customers from unnecessary treatment like what these folks experienced.

She made 4 people miss that flight that did not need to. Whats worse is she lied to a paying customer and basically is costing him the holidays with his family.

Weve all been passengers waiting for the late guy before. Weve all sat waiting to depart as they call people over the intercom. Ive seen them literally hold planes for a single late passenger pushing through security before! These people were at the gate with time to spare and were refused to board!

I never expected much from you Silver Airlines, but common courtesy during the holidays was something I didnt think I needed to specifically request.

Kelli hasn’t received any thanks yous.

Kelli isn’t following anybody yet.

We were scheduled aboard flight 0125, Code PCTHQI, out of Jacksonville, FL to Key West FL on...