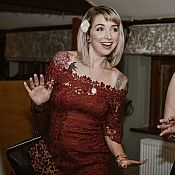 DiscountSLR
“Awaiting Refund”
I bought a GoPro as an early Christmas present for my husband to use on holiday, it was faulty so I informed them whilst we were away and when we arrived back from our trip (and eventually received a returns label) we posted it back. All the way to America, despite the company using a UK number and website address.
A few weeks later I received another GoPro, this too was faulty and wouldn't work for more than 10 minutes without saying "card error". On initial receipt of this return I was told I could have a refund, minutes later I was told the order is now "too old" and they cannot refund or replace, just repair! They also claimed the item isn't faulty!
The thing is, after receiving two faulty items, I don't wish to receive yet another broken product so just want my money back! I never received a working GoPro and don't understand how they can say the order is "too old". It has only taken a while because of posting/constant back and forth emailing etc etc. I still havn't received anything from them for my money and I'm awaiting resolution. I DO NOT RECOMMEND THEM AT ALL.
Helpful (3)
Thank you

Katy-Jane hasn’t received any thanks yous.

Katy-Jane doesn’t have any fans yet.

ordered a canon BG-E20 Battery grip over 3 weeks ago from Discount SLR its a so called UK based...

Only sent half a order Ordered camera and kit, when arrived half missing .then mess u about...