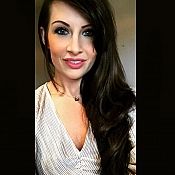 Photobox
“AVOID AT ALL COSTS!! We received somebody else's photos!!!”
Having ordered a photo book as a gift for my other half I was highly disappointed when firstly it didn't arrive by its promise date. To add injury to insult when it eventually arrived (over a week late) I was mortified to find somebody else's photos had been mixed in with ours!! All I could think was that this must mean somebody else must have our photos!! When I contacted the (apparently no1) customer services it took them nearly a week to respond asking me to send the photobook back for them to investigate... I did this straight away. It took over a week again for them to get back to me with a very none emotional, robotic response to say they would send me another copy out. At no point was any compensation offered nor an apology. I asked for a refund and told them I would be taking my business elsewhere to which they didn't seem to have a care in the world about. Over all, poor response time via customer service, late in delivering, somebody else's photos sent, no apology or compensation offered. VERY POOR!

Tip for consumers: Avoid at all costs!!

Ordered Photo book on 19th Dec. Money was taken next day and email sent to say book was being...