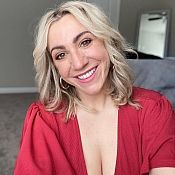 This company says they sell flowers that can last for months. The flowers I received were not only damaged by their own box but also were already dying. They were not like the pictures. I reached out multiple times and have yet to hear back from a single person. I'll include what they advertised vs. what I received. Oh, and their phone number conveniently has no voicemail set up.

I tried purchasing an expensive ($300) bouquet of roses. They gave many competitors but I chose...