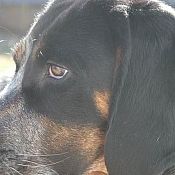 Issues with Nicksbuilding.com and the complete and the abusive and non-existent customer service attitude
Order was placed with https://www.nicksbuilding.com/ for Entrance Doors with Multipoint Sidelight Options for a total of approx. $3,600+ total for a new home build. It was discovered on or about Sept 24,2018 by the production team there was a flaw in design which with having the full sidelight options flanking both sides of the door caused severe instability in the doors. Recommended going with the ¾ sidelight option. Once that was communicated the orderer contacted the company for alternative options and was told in no uncertain terms that the either the order needed to be cancelled or she would be expected to pay an additional $200 on top of the already $3,600+ invoice. When she expressed concern, she was told it was escalated to the manager' who was the sales person's brother. When asked to speak to the owners, Orderer is told "no way is that going to happen EVER, they don't speak to ANY Customer' under ANY Circumstances. Last They were going to upcharge from the original pricing that is published on their Website from $350 per to $450 and she was going to have to deal with it.
Multipoint Sidelight Options
Venting Sidelights with our patented Multipoint Sidelight Locking Mechanism
Virtually un-detectable from the outside our fully operable sidelight gear incorporate a stainless steel locking mechanism with a Rosette Thumb-turn operation on the inside. Rosette finish choices are Satin Nickel or Dark Bronze(shown).
Price: fullview $250 each, Half-view $350 (a quality feature that cost $1000's elsewhere if not available at all)
Includes: Multipoint Sidelight Gear, Rosette, Lock Plates, Hinges, Weather-stripping, Door Sweep and complete turn-key installation.

After the email (Sept 24,2018 Orderer called and requested to speak to Mike (Manager) he state there was nothing he was going to do about the situation. When Orderer requested to speak to the owners to escalate the situation, she was told "They don't speak to ANYONE, it's like if you call Microsoft you are not going to speak to Bill Gates. So, no you are not going to speak to them and nothing will be done to resolve this situation". Mike was asked 3 times if $200 upcharge was worth losing a $3600 order and his response was of course it was We are not going to do anything about this problem, so you might as well cancel you order. Then he transferred Orderer over to the account payable associate Whitney. Whitney starts screaming at Orderer that it will take AT LEAST 7 days to get approval for her refund and she is taking $90 as a convenience fee. Orderer stated that was not acceptable and she was not going to pay the convenience fee. Then she asked Whitney would she be contacted on the status of the refund and was told very aggressively and loudly GO AHEAD AND CALL ALL YOU WANT I'M JUST GOING KEEP TELLING YOU THE SAME THING, don't bother calling me. When asked who would be approving the refund, Whitney loudly and aggressively and stated that she was NOT going to give that information and it was none of Orderer's business. THEN stated still aggressively that Orderer was NOT going to get the refund check and it would go to the Title Company, Orderer completely agrees and has no problem with going in that direction. After Orderer hangs up Whitney contacts the Title Company speaking to Kathy. Whitney informs Kathy that Orderer has demanded the refund check is sent to her NOT the title company, this is a complete and utter lie told to the title company. Title company contacts Orderer to discuss the issue and it is discovered the falsehood Whitney has communicated and determines the unprofessional, abusive and aggressive behaviors apparently supported as a work ethic at this company is extremely pervasive. Do not order from this company if you would like to receive any type of customer service.

Buyer be ware, this online provider will mislead you with delivery time. I ordered a door in...