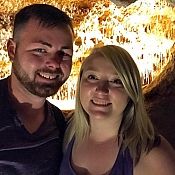 Petsmart
“PetSmart in Clive,IA”
The salon portion of this facility is a joke. My friend went to take in her dog to have a full grooming service and after not being acknowledged for over 20 minutes, was told that they "normally do not work on rescues." As a company that has several stores that support the ARL, which is a rescue facility, this was appalling news. Why would you physically offer adoptions of rescue animals at your facility, then state that you do not offer service to them? Then to top it off, she was told that the vaccination paperwork she had provided did not have sufficient information because it didn't include the expiration date of her dog's vaccinations. Everything has been administered well within the year mark, and as a facility that has access to this information daily, I would assume that they would know that most vaccinations are good for at least a year - especially since the dog is only 13 months old.

I have had good experiences at another PetSmart facility, but this experience definitely puts a new view on where I would consider taking my pets for grooming services.
Helpful (1)
Thank you

Katelynn hasn’t received any thanks yous.

Katelynn doesn’t have any fans yet.

Katelynn isn’t following anybody yet.

I shopped online on PetSmart's website fooled by the fake 10% discount when you pick up curbside...

I have been getting discounted pet food at Pet Smart for over a year based off a price match of a...