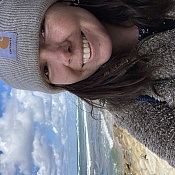 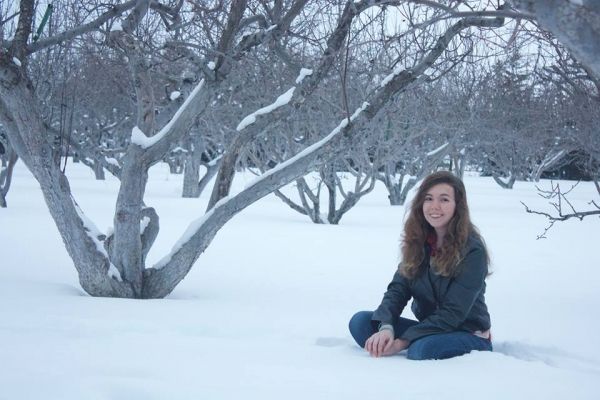 Glamourgalor
“Scam”
This website is a scam and a copy of the Insigo website. If you go on my last review and click on the website for insigo, it sends you to this website. They have the same pictures, same layout, and the same quote on quote freedom. They charge you an average of $12 for shipping and you will never see that $12 or the items that you have purchased. Do not use this site, and if someone knows how to shut it down please do. This is an ongoing scam and this company has been scamming people for months.
Helpful (3)
Thank you
Insigo
“Scam- do not purchase!”
This site claims to send you free clothing on the cost that you pay for shipping. Supposedly they have a Christmas sale going on. After poking around, I saw that at the bottom after website it says Trendy Styles Co. That site itself never sends you what you order. Avoid this scam, save your money, and put it towards actual clothing. The deals are too good to be true. Save yourself the time and just go to TJ Maxx. Do not order from this site.
Helpful (4)
Thank you
8notes
“Super great for piano sheet music, chords, and guitar stuff!”
I think this site is underappreciated, a hidden gem. I've been playing piano for the past 11 years and guitar for 5, I really enjoy it. Sheet music can get pricey, so I'm always on the look-out for sites that offer free sheet music that WON'T give me a virus. This is it folks, the site you've been looking for. Not only can you find sheet music (for free!), the site is nicely organized and can teach you piano and guitar chords in a clear manor. Definitely recommended for any new or old piano players, or for anyone who wants to learn the destiny theme song on piano. This site is for you.
Helpful (2)
Thank you
Guitar Center
“Super helpful customer service!”
I took my guitar in for a broken knob and the guy who fixes things hooked me up with a matching knob within minutes of arriving. I could have paid him $10 to install the knob for me, but opted to install myself.
Besides their fix it center, I love guitar center because they let me play whatever I want, from drums to banjos, for however long I want, no questions asked. Plus, the staff is knowledgeable on their guitars, ukuleles, and equipment. I've bought ukulele's and electric guitars from Guitar Center and for a couple extra $, you can get a 2 or 4 year warranty on your product.
Helpful (0)
Thank you
PINCHme
“Good to start”
I thought PINCHme was the best thing since toast when I first joined in March 2017. I was getting free samples of cat food for my cat, toothpaste, gum to chew, Nyquill, granola bars ect. In the past couple of months, it's been overrun and it's nearly impossible to get any of the samples offered anymore. It's high demand now. It was good to begin with, to grow with, but I think I'll just hunt for freebies by myself now. Overall, it was good! Never had to pay for a thing, not a cent lost.
Helpful (8)
Thank you
ViewBug
“Exposure to Name”
I love ViewBug because as a photographer, I can share my work with the world. People can leave you feedback on your photo's, you can enter photo competitions and contests to get social exposure to your name and work, plus win cool prizes like tripods, gift cards, and cameras. It's really helped build up my clientele, plus people have the options of taking a picture and paying to get it put on a canvas or print, so you can make money from your work. A passive income. Plus, I don't have to pay to be part of the community. Overall, I give ViewBug a 5 star rating. Thank you for the exposure to my photography.

We're so glad to hear you're enjoying the community! We truly appreciate your participation and thank you for taking the time to share your feedback.

Best wishes,
The ViewBug Team
Hubble Contacts
“Not the best Customer Service”
I received contacts from Hubble back in February 2017. Got the first box for free (minus $3 for shipping) and paid $33 for my next box. Being a college student, I decided this was an expense I didn't need so I called to cancel my subscription. Flash forward to December 2017 before holiday, they charge me $33 for another box of contacts in which I did NOT order. They were shipped to my old apartment in Idaho (I've been in California since April 2017). I wasn't notified of these contacts till Jan 17th, 2018 when I got an email saying they weren't able to charge my credit card... that's because they occurred overdraft fees on it back in December when they sent me that box I never ordered. I've spent the past 2 days on the phone with my bank and Hubble's costumer service line. I believe it was fraud activity for them to have charged me for a product that I not only never ordered, but never received as well. Their customer service was horrible and they won't refund me my $33 unless I return their contacts to them... How am I supposed to return something I never ordered or received which is over 1000 miles away?
I don't recommend ordering from this company, their customer service is bad, their English comprehension is low, and they aren't helpful. You'll cancel your account over the phone (yes, you have to call to cancel, can't do it online) and they'll send you contacts months later without notifying you, then won't refund you.

Tip for consumers: Just don't. Or if you do, be aware that you have to call to cancel.

Helpful (1)
Thank you
Bath & Body Works
“Wonderful”
Bath & Body Works is seriously my favorite soap store. They send out great coupons in the mail, they have such a wide variety of soaps and smells, and the employees are very nice and helpful. The stores are always clean and well-organized. I recommend Bath & Body works to all my friends when they ask me where to get the best hand soap for their bathrooms.
Helpful (0)
Thank you
DressLily
“Great selection, great prices!”
I was looking for a prom dress when this site popped up. At first I thought that the dresses were just cheap and bad quality, because who sells dresses for that cheap, right? The deals are too good to be true. I ordered a dress anyways, wanting to check it out, and was immensely surprised at the great quality!
Overall, there's a great selection of dresses, from vintage (my favorite) to formal, at really awesome prices.
Helpful (0)
Thank you
Wish
“Wonderful prices”
I love wish.com! Being a college student, I'm on a budget. But when I need new picks for my guitar, or new strings, this is definitely the place to go look for them. Great prices, affordable shipping, and great quality on their prices. Sometimes I have to wait 2 or 3 weeks for the product to arrive at my door, but that's ok because I'm saving money :)
Helpful (4)
Thank you
Resume Now
“Customer Service”
I really liked using this site, it was a big help while making a resume! Very guiding. I'm not one to read the fine-print, so when I was charged an additional $35 to my account, I was confused and contacted customer service. They were very helpful in explaining that the 14 day trial had ended. I requested a refund and a cancellation of my account and they provided it, with addition to a cheaper subscription in which I politely declined. But wow, the customer service really was outstanding, 10/10 for that!
Helpful (0)
Thank you

Laura T. – Resume Now Rep Over a year old
Hi Katarina,
We strive to provide a great Customer Service experience with a one-stop resolution approach to any situation. If you need further help, please do not hesitate to contact us. Thanks for the feedback, it's very important for us.
Amazon
“Student Prime”
I'm a college student, and at the beginning of semesters, I often need a lot of school supplies and textbooks. With Amazon Student Prime, I can get my textbooks for the lowest price out there with free 2-day shipping. Who can beat that? And on top of the great shipping deal, I have access to Prime Video, which is great for the weekends when I'm not doing homework. Just hook the laptop up to the TV, call over my buddies, and watch a movie with some popcorn. Theres a great selection with Prime Video
Helpful (0)
Thank you
Walmart
“Easy to navigate”
I really like the selection that Walmart.com has, it has a much bigger selection than the actual store. I bought a longboard from the site that I couldn't find in the store and was pleased when it showed up at my house 7 days later.
Helpful (0)
Thank you

Katarina hasn’t received any thanks yous.

Katarina doesn’t have any fans yet.

Katarina isn’t following anybody yet.

Ordered 3 times, some for gifts, some for me- received nothing. Not even an update, and they...

I've emailed them 3 times asking where my item is and if I can get refunded if it isn't coming......