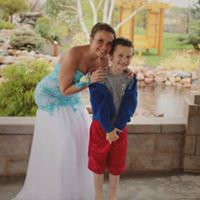 DonyeApparel
2K Views
“TERRIBLE service, no tracking number... and that doesn't even cover it.”

I ordered a swim suit on July 2nd and still have not received it. Upon ordering I should have noticed the signs leading to this scam. They have no email for customer service, only a twitter to "DM" them on, and byDonye.com does not give out a tracking number. I messaged them through twitter right after ordering asking how long it would take (because I was planning on bringing it with me on vacation) and they said they would make it a priority and ship it that night. Come weeks later, after vacation, I still hadn't gotten it so I posted a bad review through twitter and they immediately responded saying "they didn't know" I hadn't gotten my package. By Donye then promised that I would have it in my hands by two weeks after. Today, it has been three weeks since that message and I am very unhappy. I messaged them several times and have yet to receive a reply. DO NOT shop with them if you do not want to lose your money for nothing.

Kassie hasn’t received any thanks yous.

Kassie doesn’t have any fans yet.

Kassie isn’t following anybody yet.

I also ordered a dress from this website and never got a tracking number nor did I get the...

I never got my order. Never heard from company despite numerous attempts to contact them. I guess...