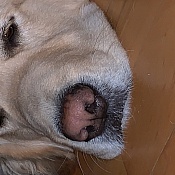 I ordered flowers to be delivered in the Phillipines. I thought this association was the right place to go. Boy was I wrong. The flowers arrived half dead with the petal edge on the roses turning black. And the roses did not even open. I called for a refund and they refused to do so. I then contacted PayPal to step in as I used PayPal to pay for the order. The company contacted me a few days later stating that they would grant a refund if I returned the flowers to their office in Dubai, UAE. And I had to pay for the return shipment which cost more than the (by now) totally dead flowers. This made no sense. The flowers came from a local florist in the Phillipines and should have been returned to the local florist who delivered the flowers in the first place. This was a scam to make an irate customer go away and not have to issue the refund. Who in their right mind would send dead flowers half way around the world to a place where the flowers did not even come from and pay a higher cost for return shipping?
Look for a reputable and honest company to deal with. Not these guys.

Tip for consumers:
Buyers beware. There is no recourse for you to get a refund.

Products used:
None. The flowers were dead.

Ka-sing hasn’t received any thanks yous.

Ka-sing doesn’t have any fans yet.

Ka-sing isn’t following anybody yet.