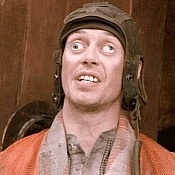 Informe people of bad people and to avoid them.

Movies game of thrones and so on, eating bakery goods.yum yum

Company hides bad reviews to prevent pic's from being seen, Can not follow plans or codes framing standards His own printed words on his contract and brochure all a way to get your business, will ask for final payment before finishing garage he will trust you DO NOT trust him,
Any problems it doesn't matter to him he got what he wants,
His matto who cares after its built,
He has no in house guy's every man is a sub contracted,
I taken him to court weirdest thing awarded the case, received a notice to return,
He shows with a lawyer were they try to pick my brains on what i have. Case wise agents him, asking lady judge for a continuance it was given, return for next date
Male judge, cleared courtroom before our case and he has same layer.

I presented all my exhibits, and builder did not have a thing to counter with, judge was so one sided even stated i know a great deal of what i was talking about and pretty much,

Ignored all my pic's builders text stating not his plans codes not followed and roof $#*! eyed, and a hand out of what village required. But went with a inspector's inspection sheet and builder singing the paper not the owner that pulled the permit. Went to appeal same judge even told him placed the appeal in wrong place did not care and there are rotating judges someone made a phone call
As long as my wife and i have to look out the window at the eye sore roof the builder could care less about he has his motto who cares what happen after words.
Head building inspector of town was at my garage about the required fire rated door that was not a rated door but a reject the builder and inspector are telling buyers it a fire rated door. Well in this town and i'm sure many others this company has many friends in HIGH places. PERIOD. He had my reviews removed do to the truth. On yelp steel and loeber 78 pic's laible with print. Open that
Move to lower left corner, the s guy with neon green open that, my pic's happy hunting.
For the person reading this been posting started this 2018 after this has happen even to this day if the builder was so sure of his work and im say trying to blackmail or con or even trying to get any kind of money this would have been stated in the above somewhere in review, he has not taken me to court do to it being the truth. Should it be posted you will be contacted in a phone call or some way to have it removed, please prove me wrong. Look at yelp try to get to google reviews to see the reviews and his response to them or any for that matter. Thank you. KM.

The bbb is supported by business, supporters can and will have any reviews that have a strong facts and pic's be hide alter or removed. Upon requesting a copy of the coreasponds of both parties you will only recive you're the complaint side, not business. Any and all my reviews have been removed from all web sites, know people in hy places has it's rewards.

karen hasn’t received any thanks yous.

karen doesn’t have any fans yet.

karen isn’t following anybody yet.