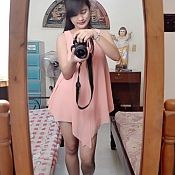 Kily.ph
“THIEVES!!!”
I am so disappointed!
I have already cancelled my order but still they shipped out the item. I pay for it and to no bail, kulang yung items. The swimsuit that I needed the most is not in the parcel. There was a note stating that I will be able to have a refund but as I talk to a representative from Shopee they told me that it is impossible since the system shows that the order has been successfully cancelled. I have made a couple of research and have seen that it's not just me who has been a victim by this shop. Sinasadya nila yon so that they can have an easy money and walang deduction sa end ng Shopee(I know it because I used to work for LAZADA). You guys don't buy from KILY.PH they are a bunch of crocodiles! They will insist na tutulungan nila kayo but they won't! They are selfish and mukhang pera! Ebe of Shopee told me na walang message galing sa kanila with regards to the refund.
Helpful (0)
Thank you
Lazada
“Customer Service Sucks”
I used to love Lazada PH, more than any other e-Commerce website in the PH. I love how convenient the service is and the wide variety of items that this online shop gets to offer. There are a lot of great deals. So, I have purchased tons of stuff during their Revolution Sale last December 2017. I have ordered a couple of clothes, makeup, and more, but they have failed to deliver it all. First, they failed to deliver the Ashley Shine Matte Lipsticks set that I bought under the order # 321271951, and what triggers my anger is that I have paid for it. I have immediately returned the oval puff which I have purchased along with the said product and it took them more than 2 weeks before they found the lost product. Meanwhile, they have initiated a refund on the oval puff since they have failed to deliver it back. What disappoints me is that up until now I haven't received any update about it and that no refund was there to pick up on LBC. I have waited for 5hours for them to unlocked the key, and yes I did go home with nothing. I have been talking to tons of agent for 3weeks and nobody has resolved my concern. They all have the same spill, but their messages were full of lies. I hate liars and with that, I hate the Chat Support Team of Lazada. Up until now, I am still hoping for the refund, little did I know that the reference key from LBC is invalid. I admit that I became rude towards the conversation, but trust me when I say that it is also tiring waiting for them to do what they are paid for. It is exhausting, hearing that we will coordinate with the payment/refund team after this conversation, please expect a feedback after 24-48hours or maybe they mean 24 to 48days. I have set my own deadline for them to assist me with my concern and don't just set it aside. I guess that this will be the last time that I will make a transaction with them for I don't want to feel so desperate and stress anymore. So guys, let's just wait for the launch of Amazon PH.

Also, I have experience being harass by one of their couriers, he is asking me for a tip after delivering my orders at home as it is out of their service coverage. He keeps on calling me as well, and he said foul words which I hated the most. I have immediately blocked his number as I am so scared of this big fat dude. I have sent a complaint regarding it, I just hope that he has been terminated from his work.

1/19/2018
Just an update the case is closed, I have threatened them that I will file a case at DTI. They have immediately sent me the accurate refund amount and LBC tracking number. Meanwhile, my orders from Taobao wasn't delivered due to the fact that the address that I have inserted is out of their delivery location coverage.
Helpful (1)
Thank you

Joyce hasn’t received any thanks yous.

Joyce doesn’t have any fans yet.

Joyce isn’t following anybody yet.

I never had a problem with Lazada,but currently I do and I can't contact ANYONE! I worked hard...

Lazada has the worst customer service and order/delivery system. Take this order for example :...