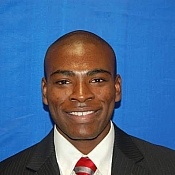 Tradenix
13.7K Views
“ALL of these reviews are fake - TOTAL SCAM!”

My apologies for such a long, review but my story MUST be heard and these guys MUST be stopped - If you are looking to invest with TradeNix, I encourage you to read this review FIRST!

I have been making money on the internet for going on 9 years now and there are a couple times where I felt obliged to write a negative, scam review about a website or company - THIS is one of them.

It started with me getting a marketing call (which I am receiving tons of on a daily basis) and the gentleman by the name of Martyn that I spoke with introduced me to Tradenix and the ability that they have to multiply one's money simply by trading on the cryptocurrency markets.

I had about $1,500 to spare and I agreed to give them a shot and start small to build trust and from there I was passed to a guy named Barney Kogan.

Right off the bat, Barney rubbed me the wrong way because he was just, too pushy - as an investor that should always throw up a red flag and he told me that if I added another $3,500 to make my account $5,000 total, that would enable me for their Bitcoin Arbitrage package where they are ONLY selling bitcoins for a higher price rather than actively trading on the markets.

Right at this moment, I should have drawn the line, but I decided to push forward - I could lose the $5,000 and STILL be alright - so cooperated and brought my account to $5,000.

(Keep in mind that this ENTIRE time, they are telling me that these funds are 100% MY funds and that I can withdraw them whenever I'd like and THIS is why I agreed to send the funds but just as ANYONE knows that once you actually send btc, the funds are no longer in your possession so they don't really belong to YOU, so to speak)

The next day, I received a call from Barney asking me to check my balance and it was sitting at $17,000 - my mind was blown and of course i told them to please keep doing whatever it is that they were doing - apparently it was working.

The next day, I received another call from Barney to check my balance and it was sitting at a little over $48,000 - upon seeing this I just had to go ahead and get my principle back, plus some of the profits made, but here is what Barney said.

He said that in order to touch any of the money within my account, which is 100% mine, I needed to send them $7,000 because apparently, he decided to take a loan out from the company, WITHOUT my permission, and put me into their "super computer" package and because he did that, that puts me in a position where I am liable to pay them before I can touch any of my funds.

I WAS PISSED! - I spoke to him over the phone and I let him have it and I told him that as someone handling money of an investor, you NEVER move or control their money without their permission or consent. He tried to play dumb and he actually told me that he didn't regret what he did and he wasn't sorry for what he did because he made ME money.

Things got heated, but eventually they calmed down and I took a second to reach out to a good friend of mine and explained him the situation - he decided to take a gamble. We've done a lot of business together and he decided to loan me the $7K - at the worst, if they end up screwing us over, we could hire lawyers and a team of private investigators to come after them, or we can just let karma deal with them,

So, he loaned me the $7K - I sent it - from there I told Barney that my friend who loaned me the $7K wanted to see the entire balance withdrawn and in the words of Barney over the phone - (Tell your friend to $#*! off)

HUGE red flag - but they did send me about $2k - not the entire balance as they said they would. I thought to myself - scams don't really send money back, but they could in hopes of getting more so let's ride it out and before I decided to continue, I told Barney to NEVER do anything on his end without MY consent because at the end of the day, it is MY money - he complied, still not apologizing for what he did, but he said okay.

So, on Friday June 21st - Barney told me there was an opportunity that I could take advantage of similar to the one he did without my permission - I told him to use the money within my balance rather than taking a loan out.

Now he's telling me that I need to send that balance to get the entire $69,000 out - I asked where are all of the funds in the balance?! Is this some sort of big video game that i'm playing? He says that legally he cannot touch those funds because they are mine and that to resolve the loan of $8,341, the funds must come from an external wallet i. E. me sending them more money.

This is where I drew the line and I also forgot to mention that after I called into their USA number listed on their site, they decided to disconnect it - it is no longer working.

PLEASE DO NOT INVEST IN THIS COMPANY!

While I have no proof that the rest of the reviews are fake, you can see that they are all made within a couple weeks of each other and I AM a real person and am willing to hop on a phone or a skype call to verify that my story is 100% the TRUTH.

Please save yourself the pain and the money and steer clear from this company.

I would love my money back, as well as the $5,000 I still owe my friend, but Karma will take over and these guys will get exactly what they deserve if they keep screwing people over.

* Tradenix attempted to help this customer through the Sitejabber Resolution Center, but the customer did not respond

Hello Dear Joshua, pls provide us your client ID number so we can check what was happen and help you solve the issue?
Thanks

Joshua Has Received 1 Thank You

Richard W. thanked you for your review of Tradenix

“Took my retirement money, I am 64 yrs old can't make it back (COMMA)”

Joshua doesn’t have any fans yet.

Joshua isn’t following anybody yet.

I never knew it's a scam until I fell for it and lost 200kusd. I thought my world has come to an...

I invested a lump sum with this company in bitcoins. They paid me after my first investment to...