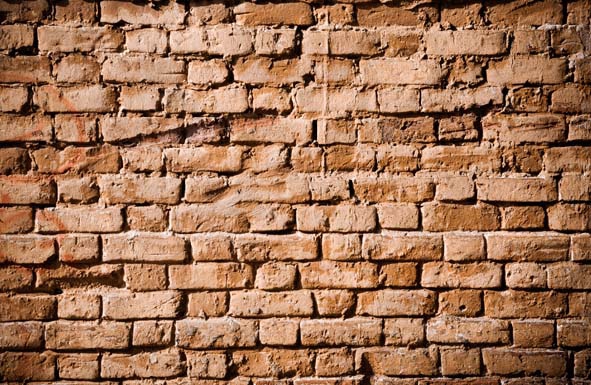 Plumbing Services | Cutler Bay, FL - Mings...
www.mingsplumbing.com
Mings plumbing was sent to us by Bad Choice Home Warranty to fix 2 sinks that had slow drains. The plumber did not fix the drains. He told us that he needed to run a camera down the pipes - that it would cost us $450 but that we would get it back 100 % from our home owners insurance policy - and that he would fix the problem if there was one. Stupid us. We gave Mings the check for the $450, he never ran the camera or if he did he never showed it to us. Mings said he would come back and run it again but he never did. Mings broke 4 appointments to come back to run a camera finally he came back 4 hours late for the appointment, we were not home, Mings left a note, Sorry. That was the last we have heard of Mings. We tried to complaint to Choice Home warranty about Mings but the plumber lied to them about the situation and Choice never verified anything with us. I filed some complains against Mings but the BBB never bothered nor did the State Attorney's office either. Now we have to go to small claims court against MIngs. What a bad deal, Bad Choice Home Warranty, and getting suckered out of $450 from this Mings Plumbing. They are a bunch of crooks.

Tip for consumers:
YES, we have the copy of the cancelled check we gave to MIngs Plumbing, and NO the job is still not done. Mings refuses to return the money he cheated us out of and refuses to do anything at all. The owner is some woman and she yelled and screeched at me when I tried to call her on the phone about this hoax.

I filed a complaint with the NJ BBB. I bought a 6 year contract, paid $2200 in 12/ 2015 for it thinking it would be the good deal that the sales agent told me on the phone, wow, I was wrong. This is a scam company. I was told I could cancel anytime I wished and receive a refund minus the months I was a member. That was a total lie.

This complaint is Not resolved, Bad Choice Warranty offered to allow me to cancel but to charge me over $1,200 dollars for having been a member under their contract for only 3 months give or take. They, Bad Choice Warranty, called me on July 20 2016 to offer me with this horrible offer. They padded their costs of the refund if I cancelled now that comes down to this.

On the phone when I paid and accepted Choice Warranty Ins, that agent told me that I could cancel at any time, and be refunded at a prorated amount of the per month cost of how long I had the policy. A 6 year policy cost of $2200 equals about $30 cost per each month. I was a member for less than 3 months when I first called to cancel - that is only $90 more or less that I used of that $2200.

I never had the written contract at that time, did Not receive one either for at least 2 months, and the call I made to request that they send me a contract is a matter of record at the company also as well a my own. I never had the contract booklet for 2 months at least until I called them to send one to me.

My roof leak was never a ''partial roof replacement'' as the roofer said that they sent to me. We hired another roofer to do this, as well and on our own, but it was the fore-warning to me of how this company operates and at that time I requested to cancel. There was no claim accepted for any roof leak. They denied it.

The plumber Bad Choice Warranty sent me did NOT do the job, Mings Plumbing then defrauded us of an additional $450 to camera the lines and assured us, guaranteed us, that we would be refunded this amount. Mings never did the job he came for, he reported falsely back to Bad Choice Warranty company, and Choice never bothered to verify it one way or the other. We also called another plumber who verified that the job was Not done and that what Mings reported was not valid, Mings lied to Choice Warranty as well as to us.

The small print in the contract I did not receive within the 30 days can and does I am sure exclude most of all claims that are made to that company - like with us. Its all in the record at Choice as well.

I called on July 27 trying to reach someone and was on hold for 27 minutes, not the first time, then cut off. Every time I have tried to call Choice there has been a recording saying that they ''are experiencing higher than usual call volume'' but that is bull stuff, they have this recording message all the time 24/7. They simply understaff.

Finally July 29 Choice called me to offer a cancellation refund of about $1100 or so - that means that they will have gauged me of over $1000 for doing nothing for the past 6 months. Not to mention again the crook plumber Mings Plumbing defrauding us of the $450 in addition to the service fee of $45 they charged and did not do the job - the 2 sink drains are Still Slow. Mings did not do the job.

This is absolutely not resolved, Bad Choice Warranty has again gotten away with robbery hiding behind corporate double talk jargon, small print in their contract and a sales agent who also lied to me on the phone when he called to sell me this contract in 12 / 2015.

I 'bought ' a 6 year contract, paid $2200, and with a credit card, yes I have the copy of that, then paid $450 to their fraud plumber they sent me, plus $45 for his service fee, and now Choice Warranty wants to buy me off with $1000 to allow me to cancel. They would have in effect stolen $1600 from me for a few months of Nothing, absolutely Nothing.

Choice owes me all of $2200 minus a $30 fee for each of 3 months only, plus Plus the
$ 450 their plumber robbed me out of plus the $45 fee the plumber charged me. That is what Choice owes me at this point, and this does not take into any consideration of the aggravation they have caused.

jose hasn’t received any thanks yous.

jose doesn’t have any fans yet.

jose isn’t following anybody yet.

I've been a consumer of Choice warranty for more than two years. The compressor on my stainless...

We have been with CHW for two months and it took us one month to get someone out to our house to...