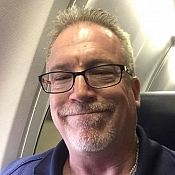 I used their air time for a year or so and never actually used the phone. I attempted to cancel due to the lack of use and contacted them on May 31 or June 1 to cancel (I cannot find a clear record) on June 2 I received an early am email that I had to click on a link to "officially send in a cancellation request form" and I did. Due to their additional steps they snuck in a June billing on June 11 out of my American Express card. I called and emailed to try to get it reversed and they absolutely refuse due to the fact I didn't cancel on June 1. Since I had their additional steps a day later they said I cancelled too late and have the right to bill me for June. BEWARE

My company had an account with them and we were always in good standing, in fact they had a card...

When initially ordering the Satphone it was made clear to them that there was a time constraint...