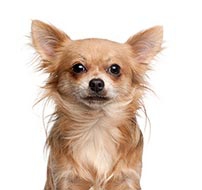 I had been a member of the sites on a casual basis for the past 5 years, but finally gave up when I found that it was impossible to get them to withdraw articles and comments that were blatantly racist.

Words like $#*!, kike, $#*!, injun, redman, slant, faggot, queer, $#*! sucker and various other taunts and jibes are regularly posted (edited with $ or@ in place of certain letters so it would pass the filters) and never removed.
The final straw came when I asked a moderator to remove a post that was offensive, and received a 24 hour ban for doing so. I appealed and was told tough $#*! and then called a drunken crack head injun.

It's nothing more than a site of white dominated rednecks and American hillbillies with a pro nazi attitude.

I wouldn't allow any of my advertising on their site for fear it would drive away customers.

I called out two bonafide White Supremacists that are "total farkers" (they pay $5.00 a month)...

This use to be decent but now it's like a high school clicky social group, you're either in the...