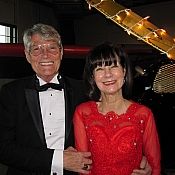 I bought three major items from these folks for a new home.

Shower door... four guys showed up to install the shower door. I thought, "Wow, this is great". After installation the following errors were made.
1) Glass sliding door and fixed glass panel were not flush with either wall although at purchase time I was advised that the glass would be cut to conform to the wall. After installation, I was told that the builder should have ensured the walls were plumb during construction. I had to install a custom "U" channel for the shower door to slide into and an "L" channel below the sliding door to stop water from flowing onto the floor. Did they help with any of this? Not a chance!
2) One of the "barn door style" double rollers did not contact the bar that it rolls on. The installer said it was a simple adjustment but they never came back out to make the adjustment. I had to finally get it fixed elsewhere. The stop for the shower door was adjusted incorrectly so the door slammed into the wall without hitting the stop. Had to adjust this myself as they would not address the problem.
3) The gap between the sliding and fixed door requires two CRL Shower Door Polycarbonate with 90 degree 7/8" Long Vinyl Fin Seal for 3/8" Glass pieces to stop water from pouring out on the floor. I was told that since my shower only has one shower head, I didn't need it. Well, the shower has four heads and does need it. I am still trying to get the parts from them (after 4 months) and get a continual run around. These parts are available on Amazon with 2 day delivery. I advised them of this and they said I would probably get the wrong part, let them do it. Great service as they have done nothing yet and absolutely NO communication!

Shelves... a guy shows up at 6:00pm on a Friday with no prior coordination after numerous calls asking when they would be out to install the shelves. He was dead tired and said the shelves probably would not look good and he did not have the correct parts to install them anyway. I asked him to take the weekend off and try to get it together for installation next week. He went back to his company and said I ran him off! At a later date, a different guy came out and installed the shelves. After putting about 40 "T" shirts on an upper shelf, I opened the closet door to see the shelf on the floor after having pulled out from the wall. Another (different) team shows up later and said it was installer error. They finally installed the shelves correctly.

Custom mirrors... this surprisingly, went smoothly with no errors.

After repeated phone calls to correct the errors, I finally gave up on Custom Glass Atlanta as I never heard from them. I will order the shower parts from Amazon and be done with it. Use these people at your own risk as there is absolutely NO followup after you pay the bill.

Helpful (0)
Thank you
Autotrader.com
“Great Way to Sell Your Car!”

Simple to use website for placing as well as editing your car ad. Super worldwide exposure. My DeLorean sold to a gentleman from Japan! Simply amazing.

An online request was sent asking for a female salesperson to provide me with an out the door price on a 15 Cadillac XTS Platinum stock number 2080A. I said I would do my own registration, tag, ad valorem, etc. i was ready to buy the car and they wouldnt even respond to my query. I guess they either have no women salespeople or are to macho and got their feelings hurt. Idiots and lost an easy sale. Maybe thats why the car has been on the lot since the fall of 2017!

Helpful (1)
Thank you
GasBuddy
“A waste of time!”

I have been trying to sign up for gas buddy for three months. The first card would not work with the pin and my personal information was incorrect. The second card never got verified and I could never get in touch with anyone to help me. Many phone calls and left messages with my return number but got nothing from gas buddy. I am through wasting my time with this ridiculous "service". I will stick with the grocery stores discount gas!

Posted my Honda Civic for sale here. Heard it's the place to do it. No problems as of yet, will...