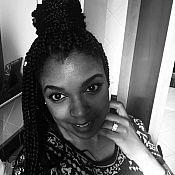 Popreal
“DO NOT ORDER FROM POP REAL....I REPEAT DO NOT ORDER FROM POPREAL!!”
I ordered in March2019. When I didn't receive in May, I contacted the company. They told me the package was in transit and provided a tracking number. In June, I contacted them again and they told me it had been delivered and to contact my local post office. My post office had no record of the tracking number provided. Contacted company who gave me another tracking number which was also not found by my local post office so I asked for a refund. They told me I would have to wait until they received the items back. Later received an email that my items were returned and that I can reship them for $6. I sent the receipt for the reshipping fee and they told me that it was actually $10...then later said it was actually $12. I refused to send any more money and demanded a refund of my purchase and the money I sent to reship. My order was $118. They told me they could only refund $90...then, that turned into $76. Needless to say that I never received any of the money back. Each time I contact them to follow up, they just apologize and tell me to please wait some more. Given the chain of events, I believe they are not planning to refund my money, but instead continue to give me the run around. I tried to dispute with paypal who rated in their favor because they provided some kind of proof that the item was delivered....LIES!!! I provided paypal with the email where they told me they would process my refund, and now that the dispute is closed, I cannot appeal to send them the email where they told me that they received the items back. I am disappointed with paypal and extremely angered with Popreal. I'm now going through my bank which I hope can help me. Its not fair that they just took my money and are getting away with scamming people!

Sorry we could not locate any order under your existing email address. Please send me ONE of the following info, i will check the order status for you.

Your earliest reply would be highly appreciated. ： ）

Johnni hasn’t received any thanks yous.

Johnni doesn’t have any fans yet.

Johnni isn’t following anybody yet.

Don't waste your precious time with this company. I ordered mommy and me matching Christmas...

ordered tools....got a pair of fake ray bans and a fake piece of jewellery. They will entertain...