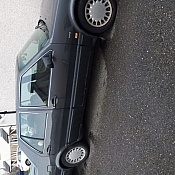 Topbargains.com
“Should be named ""Top Blaggers""”
I ordered cigarette filters from this business through Amazon.
The item never arrived and I contacted them. They firstly said item was running late. Later they stated it was lost in post. After 2 more messages they said item had been delivered?
I have messaged them and Amazon several times since but with no joy.
Told me to contact royal mail. Royal mail said the SELLER can only make a claim for lost or misdelivered mail.
Top Bargains have since informed me they will not reply to any future emails from me.
The upshot is I have lost £10.50
And as a result of this will not be dealing with them or Amazon again (although I've been a customer of Amazon for ten + years)
Top bargains attitude to customer care is what Maggie Thatcher was to the miners."'absolute blaggers ''
Helpful (0)
Thank you
Wowcher UK
“Extortionate delivery charges”
Bought a rattan garden set on 32/3/20 supplied by furniture italia.
Delivery was advised for 10/4/20.
15/4/20 sent several emails to wowc her and Italia. Receive a reply (finally) today 19/4 stating additional charge of £39 was required on top of the £29 already paid for delivery due to the postcode area which they must read as Stu pid.
I am disgusted that these so called reputable companies can extort money from customers I would urge anyone thinking of dealing with them to be very careful or preferably deal with local businesses. The drivers who deliver the goods must be on about £40 pH or more likely it's just the pure greed of these shameless companies. Disgusting to
Have finally received a refund after threatening legal action. Avoid these so called discount sites, they are a total rip off. Pure greed. Furniture italia who were the supplier through Wowcher have had my review on truspilot removed as they don't like bad reviews and are denying. Being the supplier. Crooks and rogues

Tip for consumers:
Don't deal with these shameless crooks

Helpful (1)
Thank you
Uk.trustpilot
“Are definitely not to be "TRUSTED"”
Have reviewed a car insurance broker on their site and because, The company (namely performance direct) aka grove & dean didn't like it although it was honest and truthful. It was removed but obvious fake reviews were left.It seems trustpilot only allow nice complimentary reviews.

Helpful (2)
Thank you
Performancedirect.co.uk
“Money grabbers!?”
Have dealt with some dodgy insurance brokers previously. But this MOB! Would take the sugar out of your tea and come back for the spoon. MUGGERS!

Tip for consumers:
Go anywhere!!! else unless you have money to burn .

Helpful (0)
Thank you
Performancedirect.com
“RIPOFF merchants”
Don't pay a deposit with your bank card as once they have that they can take money from your account without authorisation. Which is basically theft. They took money from my account as I had the audacity to question the amount owed for early cancellation. Out and out crooks. Avoid like the plaque!

Tip for consumers:
Give them a wide berth go to a reputable cimpany. Cheaper in the long run.

Helpful (0)
Thank you
The AA
“Excellent would highly recommend”
Used to insure through brokers. But after some bad experiences and dubious brokers. Have taken out my car insurance with the AA. A refreshing change to deal with a professional, competent, reputable company. Well done AA

Helpful (1)
Thank you
GroveandDean
“Took money from my account without authorisation”
Would recommend dealing with loan sharks rather than these rogues. The worst company I've had the misfortune to deal with unprofessional and highly dubious practices.
They are to customers what Maggie Thatcher was to the miners
John m

I purchased a wowcher (2NT / FAMILY OF FOUR / MON-SUN: An Eastbourne getaway with breakfast) and...

This company might be decent if you get items that you are keeping. God help you if you send...