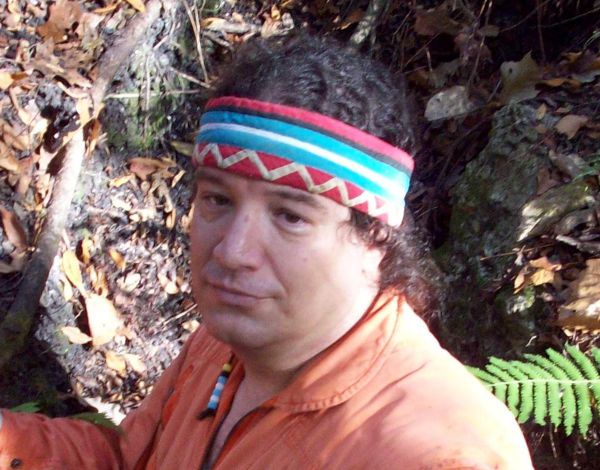 I am Chief of the Native American Indian tribe; Skywatcher Clan. I am a freelance artist and scientist.

Besides my many skills, I am here to review sites that have have been exceptional or outright rude to me.

SunWest
“Sun West Mortgage Company: very unprofessional”
I contacted Sun West Mortgage Company because they took possession of a roughly 10 acre parcel of land that I wanted to acquire for my tribe. I informed the company of the caves that ran under the property that connect to our own, the garbage the owners dumped into the caves to seal the entrances and the contaminated well water (a result of the dumped garbage). The agent told me the structures were going to be torn down and all the trash, except for the cave basin was to be cleaned up before the property was to be put up for sale. I expressed that I wanted to acquire this property as is for my tribe. They said this was the first time they ever encountered this problem with the caves as the owners did not inform them.
They sold the property without even informing me that it was up for sale and I bet they did not inform the new owner of the caves or the contaminated well water... very unprofessional.
I advise people not to do business with this company, who knows what they are covering up just to get money out of you.

Tip for consumers: Avoid this company, they conceal facts about property that may make a buyer break the deal and do not keep their promise to keep one informed of when a parcel is put up for sale.

Helpful (0)
Thank you
WFTV.com
“This applies to ALL the news media outlets, newspapers...”
This applies to ALL the news media outlets, newspapers and radio stations, although this station stands out in being hypocritical. My tribe purchase property to rebuild its nation on after Marion County agreed in writing to honor our tax exemption. They refused and committed acts of extortion and terrorism against us to collect their taxes (all legal documents in hand). They came within a week of illegally seizing and selling the land, they even sent their Nazi SS police, who joined Orange County's Police, to violate my civil rights and intimidate me into giving in to the terrorist county government. All of these documents were sent to all the news media and they never covered it. Our situation was always covered up and then they do a similar story on other people having problems with the government and they get coverage and help. All of these news media outlets are in the politician's pockets and lie a great deal to the people, especially WFTV.
I would not pay for advertising, or anything else, from Central Florida broadcasters. they are all hypocrites and liars. Your money is more important to them than informing you of the truth and how to correct the corruption. Maybe if enough people and businesses stop wasting their money on these media outlets, they will change their attitudes towards the people... is their lust for profit greater than their fear of the corrupt politicians? It would be nice to find out, stop advertising with these people just for a week or two and we will find out.
Helpful (3)
Thank you
Plenty of Fish
“Plenty of Fish is perhaps the best dating site I have...”
Plenty of Fish is perhaps the best dating site I have tried, and it is free to message people, favorite them and so forth. The only real problem i have encountered with this site is that there are not enough local users and most of the many tribal descendants I have found there don't bother to reply to my messages. But this is not the site's fault. When there is a problem, their team quickly reacts and address your concerns. I respect them for that. Many of these sites however are filled with Christians who almost always contradict their belief with what they post and are looking for... too many Christians on sites they shouldn't be.. again, that is not the site's fault. I would recommend POF, just remember there may not be many users in your area.
Helpful (4)
Thank you

I've made tons of friends from this site. I been on it for over 13 years with the breaks when I...

POF is a decent site though there are a lot of fakes that is almost unavoidable when it comes to...