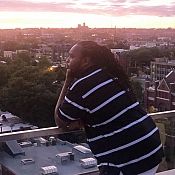 Justfly.com
“DON'T BUY FROM JUST FLY!!!!”
I tried to order my round trip ticket flight and was pleasantly surprised by the low price of it. I went through all of the steps online and submitted my order for it. After a minute or two I received a notice stating that my flight was completely booked.....ok... so I tried a different flight with the same result.... weird..so I called them and got their customer service and tried to get that flight, they told me that the airlines are taking that flight back and won't allow me to order that flight or any others. They said that I can order a similar flight for $1400 and with that my bags fly free. At this point I was appalled and confused. So I hung up that call. Then I decided to try to order the tickets separately, two one way tickets. Instead of paying $178 for the round trip ticket. I payed $84 for one, and $217 for the other. I wasn't happy but I was glad that was done, or so I thought. Apparently the website and the agent kept running my card and ran it an additional 16 TIMES for over $1200 this is not acceptable. I called in again with my disposition and got the first line they said that I need to talk to customer service, then customer service said that it will take 10 business days for that to be credited back, not good enough. I asked for a supervisor, the supervisor said that she doesn't see a booking number so there is no proof of the charges. Then followed up with saying that I shouldn't have authorized my card to be charged and there is nothing that could be done. At this point I am on fire. At this point I asked for her supervisor she then wanted to play word games with me stating that she doesn't have a supervisor, I asked her who does she report to, who does she turn her time sheet in to, she replied her manager. As I am writing this I am on hold with the "manager" more to come..

I had to cancel my trip because of the virus and received a travel credit. (Got charged $70 fee...

I booked the flight from JustFly and didn't fly due to the medical issue. I called the airline...