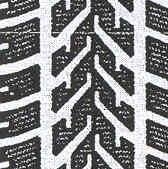 I very much doubt any of those reviewers are 'pro' or even exist. I will stick to my own expertise (data recovery), but they typically review tools that no pro would ever use. Like PC Inspector, a tool that is too buggy to use and hasn't been updated for close 2 decades.

My free defragger (then disktune, now disktuna) has been on his site with a very high rating for years. Then was taken off as I didn't maintain it. I can understand that. I simply replied to the article because I had a new version.

Next moment my post + account were gone without notice. I simply assumed an error, so I create a new account and post again. I then sent an email and tried to register again. Again under the assumption that there had been a technical issue.

Turns out that Mr. Gizmo deleted my account no matter what I say or do. He will also not answer my emails.

A load of crap!

"They can cause problems such as data loss, greater degrees of fragmentation and even wreck Windows system files."

Utter bull$#*!! It is close to impossible to corrupt the file system or files as all free and commercial defrag software that I am aware of use the Windows defrag API. The Windows included defragger, freeware, commercial defraggers all do. They are all equally safe or unsafe.
Top Ten Reviews is a jack of all trades. They lack specialized knowledge to review specific software.

"Another problem with freeware defragmenter programs is their lack of support for many current technologies. Solid state drives are one example."

More BS. A SSD should never be defragged. Defragmentation software writers, specially the commercial ones just came up with 'SSD aware defrag' to prevent they became obsolete. It is just snake oil. Your SSD does not need defrag.

Joep hasn’t received any thanks yous.

Joep doesn’t have any fans yet.

If you do then go to this site and Virus away. Freeware sites like this are where you get...

Strange how these sites survive in which the recommended software for so many of the categories...