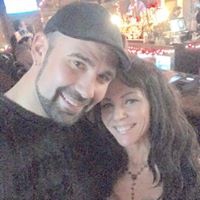 Rebbeck Realty
“Never rent from or have a property managed by Rebbeck Realty!”
Rebbeck Realty (Las Vegas) does not answer or return calls when necessary nor do they fix home problems properly-- then they keep your deposit unjustly upon move out. I lived in a home managed by Rebbeck Realty for the last year and a half (Sep 14- Mar 15) and had nothing but problems-- my heat and A/C broke down constantly, I had several plumbing problems, & electrical problems as well. Every time I had an issue I would submit a work request online and would often hear nothing back. I would wait a week and then have to call them. And every time a repair was to be made the people either didn't show, they were late, or they didn't fix the problem properly. Subsequently, I had to deal with multiple repairmen coming and going on the regular to the point that it affected my job and ability to get to work. And every time a problem was finally fixed, it was just a temporary (inexpensive) fix since the owner was unwilling to deal with the issues properly. During the time I lived there I had my A/C or heat break down about ten times, several of which I had to leave the house in the middle of the night with my two-year-old because the conditions were unbearable. A water pipe broke during the winter months and the repairman cut a big hole in the ceiling which remained unaddressed my entire length of stay. The microwave in the kitchen broke down and the space in the kitchen cabinets were it was mounted remained empty for my entire length of stay. The vent in the ceiling were the microwave was was not closed until I complained of scorpions entering the house through the ceiling (I stepped on one with my bare foot in the living room). Electrical issues were also not addressed-- nothing was up to code and I electrocuted myself several times in different places in the home (microwave, fridge, ceiling fan). By the time I moved out I had extension cords running through the living room since the outlets did not work. All in all, the whole stay there was a living nightmare. I was a good tenant that paid rent early each month and kept a clean home. I was barely even at the property since I work 80 hours a week; but when I was there all I wanted was a comfortable home for me and my son. That was too much to ask for. And the final kicker of it all is that they charged me $1357.09 of my security deposit for repairs that should not have been my responsibility. I paid to have that house cleaned & landscaped and I have receipts and pictures to prove I left it in great condition (better than normal wear and tear). Toni Rebbeck and I discussed having my deposit returned within a week of me moving out due to my financial difficulty of moving to a new home-- that did not happen and she ignored my calls about it afterwards proving she doesn't act on what she says and only cares about what is best for her and her company and could care less about a good tenant. By far the worst rental experience I ever had and did not deserve by any means.
Helpful (1)
Thank you