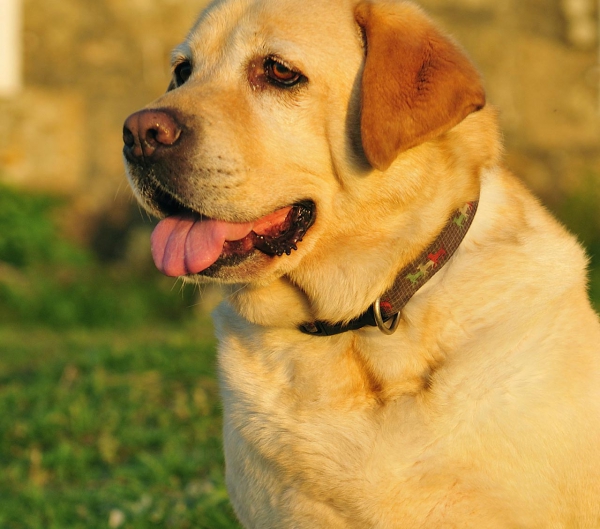 IncrementWatchCo
“Quality watch repair”
This is a review of a young watchmaker, Erik Pincins. In addition to making watches, he also overhauls, cleans and repairs them. I have a Rolex that had been losing five minutes per month for years. It was returned to the jeweler that I bought it from who allegedly sent it out for repair. The problem persisted. I took it to another jeweler twice who also allegedly solved the problem. The last jeweler that I took my Rolex to wanted $1,000 to send it to Switzerland. At that point, I just decided that I would reset the time at the end of each month. I then had the good fortune to meet Erik. I figured that I had nothing to lose by having him take a look at it. After repairing my watch, Erik held onto it for approximately two weeks to insure that it wasnt losing any time. That was one year ago and I havent had one problem since. Erik is an honest young man who does high quality work at very reasonable prices.
Helpful (0)
Thank you
Pandora Media
“Pandora Music/Highly recommended”
What a wonderful app to have. I work out avidly and no matter what type of work out I am engaging in, there is a music genre for every exercise. The selection is extensive and I not only use it for working out. I have a Bose speaker that is paired with my phone and iPad. When at home while reading, I select smooth jazz and enjoy a relaxing afternoon or evening. For $5.00 monthly, I'm free of advertisements. A monthly expense that is well worth it.
Helpful (0)
Thank you
Pompanobeachclub.net
“Over priced condo”
Condo Review

I recently returned from a three month stay at the Pompano Beach Club Apt. 1803, North Tower. I would strongly suggest that anyone considering an extended stay, avoid this place for the following reasons:

*an unexpected $999 for taxes
*utilities not included
*$100 for garage fob
*ocean view from the balcony; balcony door needs three men and a boy to open
*beach is across the street vs. on the beach. (I have several friends who rent right on the beach for far less than for what I paid with up to date furnishings.)
*no updates since being built in 1975 (1975 stove, blender, cheap, horrible cookware).
*thread bare comforter, holes in the blanket, along with sweat stained pillows. (I complained and they were replaced.)
*room that is supposedly the second bedroom has two love seats in it that open into twin beds with a mattress that is approximately 2 thick. I was so embarrassed to welcome my friend that I had previously made arrangements with. I didnt invite anyone else.
*North Tower is next to the Briny Pub, which is a neighborhood bar. If the windows are open at closing, be prepared to be awake between the raucous behavior and motorcycles coming and going! Also, this is an extremely noisy location because it is situated on a busy street, A1A. It is always noisy. If the door is opened, the volume on the television has to be turned up extremely loudly in order to hear it.
*cracked floor tiles throughout condo
*hot water is also an issue, in that the hot water runs out before a shower can be completed. Forget about back to back showers. If two or three people are in the condo and plan to get ready, showers had to be staggered.
*bath mat in the master bath rife with mold spots (yuck)
*when attempting to use the broiler, the heating element turned red for about five minutes and then went out. I ended up with only a hot oven!
*attempted to use the DVD player, only to find no cable connections; went to Best Buy and bought a DVD player

$3,000 per month for this place is absolutely ridiculous!

I would strongly recommend against this place, especially #1803. Its awful.
Helpful (0)
Thank you
Amazon
“The best”
Amazon is a amazing operation. I have been buying from this company for years and have been a Prime member for the last three years. Every item that I have bought has arrived in a timely fashion, well packaged and in good condition. The majority of items that I buy fall into the Prime category, which means free shipping. Amazon also makes it simple to return items should necessary.
Highly recommended!
Helpful (0)
Thank you
AutoShippingToday
“STAY AWAY”
Auto Shipping Today, LLC Review

STAY AWAY FROM THIS COMPANY!!!

The owner of Auto Shipping Today, LLC, Joe Palladino and I entered into a contract on 10/8/15 for the purpose of shipping my vehicle from MA to FLA. The deposit of $245.00 was processed on 10/9/15. During the October conversations, it was agreed that the car would be picked up two to three days after Christmas. Several days prior to Christmas, Mr. Palladino informed me that my car would be picked up on 12/29, as I needed it to arrive in Florida on 1/2/16. Hence, I made my arrangements accordingly.
On 12/28, I received a call from Dustin (one of Mr. Palladino’s minions) that my car was going to be picked up on that day. I informed Dustin that I was not prepared and that the company needed to adhere to the date provided by the owner. He assured me that the truckers called in every fifteen minutes and the next day would be fine, as agreed upon. I had not heard from the company by 1:30 so I decided to contact them. I spoke with a young man who clearly strung me along for six hours. Additionally, the majority of my calls went unanswered and the messages that I left were ignored. I called Mr. Palladino’s voice mail and left a message. He didn’t respond so I emailed him. He responded by telling me that he was out of the office and that I should call Customer Service, which were the very people who were ignoring me. At 7:30 p.m., I spoke with the same young man and he proceeded to complain that he works from 4:00 a.m. to 5:30 p.m. seven days per week. I informed him that had nothing to do with my car getting to FLA and those hours were his choice. (Who cares?) He then attempted to compare Auto Shipping Today with Nordstrom, which made absolutely no sense at all! The bottom line is that my car was not picked up.
I began calling at noon time the next day. Once again, the calls and messages were ignored until I emailed Mr. Palladino telling him that I was going to have to cancel our arrangement and that I wanted my $245.00 returned. He responded very quickly and stated that he had a driver but would submit an additional order (another lie). My thinking was that if he had a driver, why would he duplicate the order. Needless to say, there was never a driver and I was left hanging yet again. I called for the rest of the evening, where one of many calls was answered. I was told that my job was a priority and I would be contacted shortly. I never heard from the company that evening.
We now come to New Years Eve and my plans have been totally turned upside down. Additionally, I was so stressed out thinking that I would have to drive to Florida by myself. On New Years Eve morning, I emailed Mr. Palladino and told him to cancel the contract. He told me that he had a driver on the previous evening but his company was unable to reach me. I responded that that remark was a lie, in that I checked my incoming call log as well as my email and had not received any messages. I informed Mr. Palladino that as a sixty-seven year old woman with a herniated disc, I was being forced to drive my vehicle to Florida by myself. He returned my email and asked if he found a driver, would I be interested. I told him that I would and never heard from him again.
I have since sent Mr. Palladino two days worth of emails requesting my refund. It is hardly surprising that he has not responded. Additionally, I lost $135.00 with Jet Blue because I had to cancel; I paid $135.00 for a hotel room on the way down; four tanks of gas and meals. By the time I reached Florida, my back was on fire and I was barely able to walk.
Mr. Palladino and his minions are bold faced liars. They are deceitful and will say anything it takes to keep a client on a string.

This is an extremely unreliable company to deal with. I highly recommend that whoever needs their vehicle transported to another location, should definitely use a more reputable firm.
Helpful (0)
Thank you

Music is an art form and cultural activity whose medium is sound organized in time. General...

I just wanted to return my purchase back. Just for fun) It has succeeded but only from the...