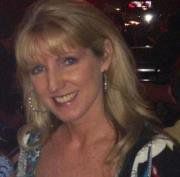 I booked two massages (one for myself and one for my husband). One massage therapist did not...

I bought a coupon, we drive an hour to this place and then found out we couldn't use or coupon....