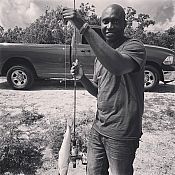 GramDoctor
“Make you stay on top of them”

Well, you never really know the value of a company until problems and you see how they work to resolve it. First I purchase extra powerlikes for 275 and informed them that I wasn't receiving the powerlikes that I paid, and the only reason I know is because I was doing audits to make sure I was receiving what I paid for. I informed them of this and personal don't know if they checked but they were sure I was receiving them when I was not. Second, I noticed that content were being posted to my account without any captions in them at all, I quickly informed them of this problem that went on for a couple of days and no one had the answer for me. I was told that they were going to places my account on hold and let it cool down and then reactive it. Well, almost two weeks went by and I reached back out to see if they forgot about my account and I was told that if it is still posting content without captions to delete them. My account was reactivated and it was still doing the same thing and I contacted them about the issue again and then at the end of the month, I was informed that they wanted to try another strategy with my account because it might be IP might be blocked. Now my whole month of service that I paid for is over, and to continue they want me to pay for the next month when I didn't even receive actually service the month before. I am not writing to be negative, I am only saying that make sure you guys are paying close attention to everything because you might not be receiving everything that you paid for and if you guys do not believe me, I still have all the email conversation that took place for the whole month of August. I went through all my post for the month of August and they only post for the first four days and then refused to give me a refund with they did not do as promised. So do you think it is fair for me to pay 385 and 275 again for the month of September when I never full received my service in August?

Jimmy hasn’t received any thanks yous.

Jimmy doesn’t have any fans yet.