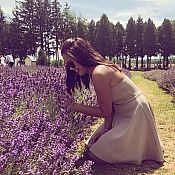 Groupon
“Avoid their travel deals”
I purchased 2 Vouchers for Athens Greece and when I called to reserve them I was told that the departure cities that I have picked and paid for were not available anymore. Gate 1 suggested to call Groupon and ask for a refund since the deals that were sold are not valid anymore. They did process my refund very quickly but upon receiving it I had noticed that I lost 134$ due to the US/Canadian Conversion. To me, it was not fair that I had to lose money because of Groupon's fault. How is this fair that they don't issue you your actual refund when they are the ones at fault? They should include this in their policy. If they are not going to give you what you paid for at least give our money back. Very very upsetting.
Helpful (0)
Thank you

Jil hasn’t received any thanks yous.

Jil doesn’t have any fans yet.

Jil isn’t following anybody yet.

I purchased a air vent cleaning for $49 dollars. I put it on a credit card. I called the merchant...

I recommend deleting this app. Read the refund policy as the service is not built to support...