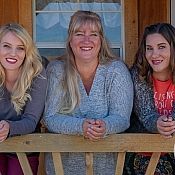 Guaranteednfast.info
“Guaranteed? HA”
I ordered an item that said 1-3 weeks for delivery. No where did it say it was coming internationally, but after a couple days I received a tracking number that said it was coming from Korea. Ok fine as long as it arrives. After a week it arrived in NY and was stuck in customs for a week. When I called USPS they told me that it was being shipped to an address in NJ I am in WA on the other side of the country. 2 emails and 2 phone calls later (got the answering machine) I have not heard back from the company and still do not have my item after 4 weeks of waiting.
Helpful (0)
Thank you