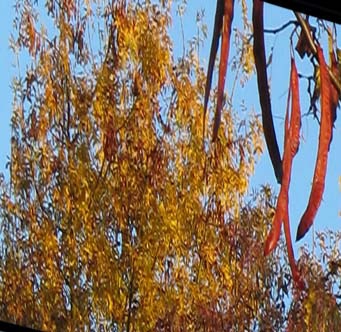 I had a naturally high crease but he ADDED heavy skin folds in my upper lid, lowering them, and producing an ugly, hooded look. He AGED me by decades. Additionally, my left and right lids are uneven. He refused to correct his botched surgery or to reimburse me a dime! The glowing testimonials he managed to procure are highly suspicious. He should never have become a cosmetic surgeon.

If I were Dr. Taban, the last thing I would do is order an attorney threatening to sue me for defamation in a YELP review. Yet, he did. Dr. Taban's upper blepharoplasty cost me dearly: in dollars, time, appearance (I resembled a repellent reptile), pain, and distress. His surgery left me looking a decade older and like an angry Yoda. When I complained, Dr. Taban wrote me off and referred me to another surgeon who corrected Dr. Taban's work -- for an additional $5800. Again, that surgeon was Dr. Taban's own referral.

My experience with Dr. Taban has been an expensive and dispiriting ORDEAL. I have now paid for TWO upper blepharoplasties and Dr. Taban still refuses to reimburse me for the terrible outcome. He simply walks away and, rather than confront his own professional negligence, he hustles for positive YELP reviews. He managed to solicit some glowing (if highly suspicious) testimonials (Caveat Emptor).

I filed in Small Claims court in Nov. 2015 as a last resort after 23 mos. Of unsuccessful attempts for recompense. His botched blepharoplasty surgery in Dec. 2013 resulted in an overhangheavy folds of upper eyelid running down to to the outer lower lids. Two independent cosmetic surgeons attested that Dr. T. had failed to follow my "high, natural eyelid crease" as evidenced by my Before photos.

I had asked Dr. T. to rectify the situation but he only recommended a browlift (which he'd earlier said I did NOT need) and upper eyelid fillers. But 2 expert surgeons whom I consulted later said adding filler would only worsen the overhang from increased weight. And I'd previously told Dr. T. that I did not want filler. He claimed I needed so much extra skin to close my eyes so I then asked why I needed a blepharoplasty in the first place then? His response: "whaddya want from me?"

I requested a refund from Dr. Taban - just for the surgery (nothing extra for meds or aftercare). I even stated that IF he issued a refund, I'd sign paperwork releasing him of all actions or demands including that of professional negligence and also agreed not to discuss or to post reference to his practice. I pled with him to at least listen to second opinions from MDs whom he respects. His response: "Not gonna happen". My entreaties fell on deaf ears: he fled the exam room to phone about a new Porsche. I stated I'd return weekly if need be, but I was determined to receive better treatment.

Dr. Taban's next move was to send me a letter of referral to 2 colleagues saying he no longer wanted me as a patient. I was out a considerable chunk of money and still couldn't look in the mirror w/o cringing. I duly consulted one of the colleagues he recommended and this MD agreed to redo Dr. Taban's work -- at an added cost of over $7000. This physician normally does not touch botched blepharoplasties but felt my case was egregious enough.

In taking Dr. Taban to Small Claims, I again only asked to recoup surgery expenses and nothing else (meds, aftercare, or the additional corrective surgery fees). But Dr. Taban has no integrity: he pointed out to the judge that I'd had a previous blephoroplasty, as if to suggest it's unclear whose work was actually responsible for his horrid outcome! That first bleph was performed 25 years ago and is clearly irrelevant as my Before photos were taken only mos. Prior to his surgery and STILL clearly depict my high, natural crease. Though I displayed the Before/After photos in court, the judge decided in Dr. T's favor because I hadn't subpoenaed cosmetic surgeons who would testify against him (good luck with that).

Throughout this long ordeal, Dr. Taban's accepted NO responsibility. His lack of accountability remains inexcusable and his professional conduct unconscionable. I hold him personally culpable for my disastrous results. Such substandard care is wholly inexcusable and a clear breach of medical ethics. As one MD said: "He should never have become a cosmetic surgeon."

margaret hasn’t received any thanks yous.

margaret isn’t following anybody yet.