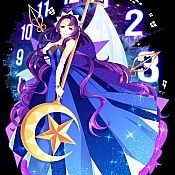 Suicide isn't about being ungrateful and who the $#*! cares if it's forbidden against the Bible? Not everyone believes in Christianity. Good job at shaming suicide victims and suicidal people. $#*!s.

If people can't deal with criticism, they can falsely copyright strike people, such as punk ass Onision. They censor people WAY too much. They'll take down channels that are pro gun but won't take down a narcissistic psychopathic pussy who has legitimately RUINED lives? Are you KIDDING ME? I definitely see why people on the right side of politics are pissed off about youtube. I don't give this site another 10 years before it shuts down. Good job, Google. Y'all always $#*! Things up.

Edit: Lol a lot of these negative reviews are about stupid $#*!. No one cares that your feelings are hurt just because someone doesn't like America. All Lives Matter would have never existed if Black Lives Matter didn't. When it comes to the healthcare system in America, no lives matter, especially if you're poor. Americans are selfish, and ANYONE who says "All Lives Matter" is a goddamn liar, including my own relatives. $#*! these butthurt people. I don't give a damn about BLM either. There's nothing but a bunch of $#*!s in the United States, crying mayonnaise tears. Once again, $#*! y'all.

Helpful (4)
Thank you
The GTA Network
“To Hell With Them”

So apparently this punk ass B*TCH named Spider-Vice IP banned me because I told off some jerk that thinks cheating is for noobs. So it's okay to insult people who want to have fun with their games, but I can't tell him off? What a f*cking f****t. God. I'm starting to hate gamers, and I'm one! That site is full of nothing but a bunch of toxic ass Rockstar apologists, anyway. To hell with that POS website, to Hell with Rockstar d***riders, and to hell with gamers as a whole. They're mostly compiled of biased losers who f*cking b*tch at each other over which system is the best. They obviously were raised in s****y environments. GO EAT S**T AND F*CKING DIE!

So I was randomly looking up "buzzkilling topics" and there was an article to read about that on this site. It was written by an a**hole, apparently. One of the "buzzkilling" topics was about talking about how high you aren't. "If you smoked some dirt, get over it. There's no use of complaining about something that happens to everyone." First of all, how about you kiss my a**? Second of all, if me talking about that seriously kills your high, then you get annoyed WAY too easily, and I wouldn't hang with someone like you. That's hypocritical don't you think? You tell someone how to feel because they made you feel a certain way. The person talking about that could tell YOU to get over your buzzkill, and that it isn't their problem. How would you like it? Not very much, I bet. There's a logical way to write an article on topics that are known to kill a high, without sending like a pretentious and insensitive piece of s***. Just saying. This website can go f*** off. I'll never go back to that website

I thought Safelink replaced stolen or lost phones. I could've sworn I saw that in their Terms of Service. People do actually read that, lol. Anyway, I called Technical Support and explained to whatever gender that person was, that I lost my phone. I'd hear seconds of silence, as if s/he expected me to explain anymore. So I wait for almost 3 minutes, just to be told that they don't replace lost or stolen phones, and I would have to buy one. I got pissed, and just hung up on the whatever while s/he was talking. They tried calling me back but I kept hanging up on them. What's the damn point of talking to me anymore after explaining to me that y'all want people's money? The cheapest phone they have available is $65. Are you kidding me?!? The phone I did have before I stupidly lost it was around $30. They can kiss my ass because they aren't getting my money. If I had money like that to spend on a phone, I would've never signed up for their service. I know what I read, and in their terms of service, it was explained that they will replaced a lost/stolen phone only once. That was my first time losing that phone, but I've learned my lesson. I hope that one day my husband and I are living financially well enough to where we don't need the government's assistance. It's a joke to me, and an embarrassment for me.

Whether it's a negative or positive review, I'm just sick and tired of these whiny Trump Supporters crying out censorship. I see enough of this crap everywhere else. Why bring DuckDuckGo into your Trump d***riding? What the $#*! does this search engine have to do with politics? White people get on my nerves lmao. Also, 3 stars because I can't seem to change the search filter from strict to off. It keeps reverting and I don't get it. Why can't I choose what I want?
Anyway, you guys can't stop anyone from criticizing trump. It's time you get over that $#*! and grow up. Y'all need to learn how to read and educated yourselves on what the First Amendment is ACTUALLY about. If you think climate change is a hoax, then y'all are the perfect example residents from other countries need, to prove that Americans are $#*!ed.
Sigh... this country is beyond doomed...

Jelly Has Received 1 Thank You

Erick T. thanked you for your review of DuckDuckGo

Jelly doesn’t have any fans yet.

Jelly isn’t following anybody yet.

I am $#*!ing tired of no ending 40 minutes long advertising a company or scammers I never heard...

The content, for the most part, is enjoyable (depending on what you personally find appealing)....