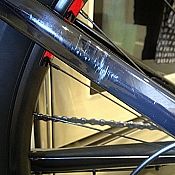 I bought one thing: underwear. They literally blew apart on the very first washing. Not my first rodeo. I've owned medium to good undapants and cheap ones but none have failed so quickly or so spectacularly. The elastics on these exploded like spaghetti squash after a single use. It was my first Joe Fresh purchase and also my last. 8 years ago. 100% Garbage. Rated 1 for the single day they lasted.

Tip for consumers:
Avoid. Crap made in sweatshops.

Products used:
Underwear, for a single use.

I've seen quite a number of unhappy reviews whichh made me nervous after ordering so i thought i should mention my good experiences. First items were brake pads. They took a long time but did arrive. My most recent order of bike grips arrived today. The correct items got here quickly and with excellent, proactive communications along the way.

Helpful (0)
Thank you
Prfo.com
“This place is great and trustworthy!”

Good selection, super fast, accurate and free shipping in Canada over $50.00. I've made six orders. All went perfectly and i'll be back again, for sure.

Fox.ca is always loaded with great stuff, always has some deals going and usually has free shipping over 75$. And why wouldn't I want to get 75$ worth of stuff there?! Orders are accurately and quickly filled. Shipping is fast and packaging is carefully done and secure. I 100% recommend this site.

Just made my first online order because you never know if the particular goal stick you want will be in stock anywhere. They had the exact model I was after at a great price and shipping was free. The stick was well packed, arrived in perfect condition and much faster than expected. A perfect experience! I highly recommend Pro Hockey Life. Do go into the retail stores as well. They're amazingly well stocked and the staff are great.

Waterloo store is well stocked and staff were helpful but not intrusive. Some well priced sale items too.

But since this is sitejabber, a subsequent sportchek.ca online order was perfect - an easy to use website with some great prices and clearance items, accurate fulfillment and very speedy shipping. I've read some dissatisfied online customers and I don't doubt their reviews but on my first try, I'm100% satisfied with sportchek.ca and will use it again without hesitation.

Helpful (0)
Thank you
Chain Reaction Cycles
“UPDATE: Be cautious if you are from Canada”

I had spent over $3000. 00 in my first 18 months as a customer. My overall impression was good so I made the leap and bought a bike. It was a BIG mistake. Massive duty and courier handling fees of 27.2% amounted to $860.00, so unless the bike you're looking at is 50% off, you're not getting a deal at all. That's on me for not doing enough homework.

Their courier DHL was brutal. Terrible communication of details. I spent hours on their website and on phone calls. Chain Reaction just kept telling me everything was on track. It was not. I had to call DHL repeatedly to find out what they wanted and from whom. Finally, a third person informed me that in order to move ahead with delivery I had to sign a Power of Attorney to absolve them of responsibility because the bike was worth over 2500. 00 and that I had to pay Duty up front. Then their own website warned that paying Duty on their site would likely end in paying a fraudulent malware site that had hijacked various common browsers. So I had to try different browsers until I finally uploaded Firefox, which did work.

When the bike finally arrived it was missing a part, had the dropper cable damaged so it wouldn't work properly, and the frame (back swing arm) was badly scratched. I had to go to a local bike bike store and buy a missing seat post collar for Pete's sake. They reimbursed me to the penny for that (except for time and gas of course). After six or so long conversations back and forth with photo evidence, their Customer Service solution: "You will receive a 9/10ths of 1% site credit." I paid for a new bike, not a beat up one. After saying this was unsatisfactory and suggesting instead that they send a replacement frame section that I'd install for free, they altered their offer to include sending a new dropper cable and offered a 1.8% store credit. Throughout, they were polite, stubborn and condescending because they are in the driver's seat. I'm just a schmo customer across the ocean and basically screwed, so they just had to wait me out. It's obvious this isn't their first rodeo. I eventually just gave in because it was obvious they were digging their heels in and it wasn't going to get any better. Now imagine that I have warranty problems in the next year like a cracked frame or anything else for that matter? I'll be SOL. I know that now.

This was my favorite online store before I stepped up and bought a bike. Now after buying one I feel screwed, angry and insulted. I've unsubscribed from daily emails and communications from Chain Reaction. I actually looked forward to these and bought many times because of their emailed sales notices, but NEVER again. I will never purchase from Chain Reaction again and will dissuade all my contacts from doing so either. It's the only recourse I can take. Just beware that you won't win as the customer if things go sideways. This my first complaint in hundreds of online transactions (not all were great), so know that I'm not kidding around. I'm trying to do you a favour before you make a big purchase and possibly an even larger mistake. It's pretty surprising that an online retailer would behave this way in response to legitimate and fair complaints in this day and age and be willing to jettison good customers permanently for an easy buck. I can't recall a single other example I've experienced that was this shabby and frustrating. And now all my mountain biking friends are done with Chain Reaction too because of my experience. So well done, Wiggle, you won... It's back to our local shops and alternative North American online stores.

Update: Received a new cable sent quickly and free of charge. Installed it myself to avoid the onerous process involved to get a local shop to estimate the work to see if it was within a prescribed amount and then bring it back for the work and then submit receipts for reimbursement. Another note: Unfortunately, the black part of the paint job scratches or chips right to the aluminum if you even look at it funny. I've never had paint chip out on previous bikes no matter the battering they took. The paint must be too thick and brittle. Otherwise the Vitus Escarpe VR Eagle 29 seems to be a very nice but very heavy bike. The buying experience, however, flat out sucked.

June 2019: The Vitus Escarpe 29" VR is a very strong bike. Heavy, at about 38 lbs. for my XL aluminum frame, but it churns up the most brutal hills with its SRAM 1x12 NX Eagle drivetrain. The black paint is very prone to chipping, but the bike is an absolute monster - in a good way. The Minion tires are just the best things going. They rip through the worst bogs and pumped up enough, tear up the dry stuff. My bottom bracket is failing after 15 rides (after reading SRAM install guide we realized it was improperly shimmed) and creaky as hell but replacing the SRAM DUB isn't unreasonable, cost wise. But it's another $100 to repair my improperly prepped bike. You need the appropriate Park tool and the DUB bracket. This is an extremely capable and beefy bike. I thought it was important to review the very good bike despite the absolute trash buying experience from Chain Reaction.

First hard ride with my self-replaced bottom bracket. Thanks, eBay. Also replaced the super loud, cracking, creaking Nukerpoof seat with my 8 year-old specialized Carve saddle. Finally, silence, perfection. What a great bike when prepped correctly. Too bad it's cost me hundreds of dollars and hours and hours to get it there. I don't blame Vitus. They deserve better representation.

UPDATE: Remember when i said that if the worst happened and i needed warranty help, i was sure i'd be screwed? Well, i was wrong. My 18 month old frame sheared in half, but then i was in for a pleasant surprise. Both Chain Reaction and Vitus were extremely responsive, courteous, thorough and helpful when i sent them photos of the failure. They asked some questions, then quickly arranged for DHL to fy it across the ocean at their cost. They quickly appraised the problem and sent me a new front A at no charge, honouring their warranty. The shipping speed was amazing. The failure occurred on June 6th here in Canada and I rode my reassembled Vitus Escarpe on July 10th. A very good experience that i thought was important to add to my weird bike ownership odyssey. Thanks, Chain Reaction and Vitus. Impressive follow up service. I've added two stars because of your excellent response to an unfortunate situation. You're back in my good books.

Ordered in medium size, they sent in large, I called and asked them to call me back. No one...

I tried ordering Joe Fresh through Rakuten & directly from their website. It never lets me...