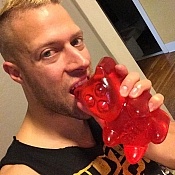 Wayfair
“Products Not In Stock Serving a Poor UX”

What a poorly designed site experience. Products show up in my search as being on sale and offered to be sold, but when clicking into the item further, it reads "Out of Stock". I went through countless items until I finally gave up. What an amazingly horrible shopping experience. I'd yell to them to get their site fixed, but now that I'm reading other customers reviews on their poor shipping practices and lack of customer service, I think I'll steer clear.

Helpful (8)
Thank you
Gymjunky.com
“A little patience for some great products”

Smaller company with some great apparel. It took me a long time to get my size as they don't keep a very large selection in stock. The Customer Service Team was really quick to respond to any emails and recommended that I subscribe to their emails and their social for updates. Sure enough, that did the trick and I was able to find some items in my size with some patience.

Shipping was quick, I think a little less than 2 weeks from Europe.

Quality of the clothing was also superb. I was expecting regular cotton tshirts, but they actually have a nice spandex-like stretch in their material. Really happy that I waited to find something perfect for me and props to their team for their swift responses.

Like everyone else during this COVID19 outbreak, I had the idea to build my own garage gym. I purchased my 552 DBs on the 21st, I received an order number with a confirmation email that my order was being processed, noting that I will receive another email when my order has shipped. A few days go by, I learned from friends who also attempted to purchase, that Bowflex officially sold out. Feeling lucky that I placed my order in time, I kept trying to track the whereabouts. My order number kept coming up invalid when trying to track. I gave it more time, nothing.

By the end of the week, I decided to call in. 30 minute wait time, I get it, we're in the middle of a pandemic. I speak with an agent who checks my order and let me know that the item is on back order and that I can expect to receive them in 90 days. WTF! The rep was nice and offered me a credit towards another item, but I declined and just requested my refund all together which they were able to offer.

I go on Amazon, Bowflex is selling their same item to Amazon fulfillment for an addt'l $250 more. That's BS! So, I can't receive my item that I purchased direct, because you want to list for a higher price on someone else's site? So wrong!

Fun shirts with campy jokes on them. Sounds fun. Ordering product and expecting their delivery not so fun.

Shopped their site during Black Friday weekend. I placed my order, on Tue, 02Dec and paid for 2-4 Day Shipping w/ DHL as it was the quickest option available on their site. After purchase, I received 3 confirmation emails, one of which read, that production takes 2-7 business days. That would of been great to know BEFORE I placed my order.

I reached out to their phone support which is an answering machine that refers you to their email address. I reached out via email asking to cancel the order since I needed and was expecting to have the shirts by Friday, Saturday the latest. No response, but instead received an auto-gen email next day that my order shipped. We are now past the dates which I needed them and will reach out for return, but this is just a poor experience with little to no communication.

Tip for consumers:
If ordering something that you need, make sure you're ordering it way out in advance, because these guys don't even know the date you'll receive.

Been using them for a little while now. Living in a city and not having a vehicle, I am able to do large amounts of grocery shopping. Where as I used to pay for an Uber or Lyft to help me get more than 2 bags of groceries home with me, now I have the convenience of having them delivered at a fraction of what I would've paid for the delivery. I did have one challenge, where they replaced sausage with ground meat, that didn't work for me because (1) I don't have pig intestines on hand to make my own and (2) nor was I going to try. I did get in touch with their support center and they were able to refund me. Other than that though, solid service, that I will continue to use.

Helpful (0)
Thank you
1-800-Flowers.com
“What a nightmare?! Use a different floral vendor!”

Ordered flowers on Wed, 13Nov, through their executive program to have a monthly delivery to our office. First delivery was to be made on Tue, 19Nov. Not so crazy about having to wait that long for shipping but ok. Flowers never arrived despite seeing we were billed. Tracked flowers on their site which showed they still never shipped.

Called in, worked my way through a mess of a phone tree because this is their "executive" program. Finally spoke to a rep who confirmed they were never sent out, he said he can get them mailed out to me and we would have them by Thu, 28Nov. I said, "No, thats ridiculous, (1) to have to wait that long just to get flowers and (2) these are for our office and that we would be on holiday recess at that time. I asked if he can rush deliver. He said no. I asked to cancel the order all together and he said he would need to speak with a manager and said he would call me back. Never received a call back that day, but manager did call me the following day and left a voicemail that he cancelled the first order, I wouldn't get flowers until December 3rd, I also wouldn't be billed for December since the mess up and that I would get flowers in January, etc.

I called back the following day and asked everything to be cancelled, all orders (past/present) and refund anything that was made. Luckily they did comply, but what a nightmare. I will never use them again for business or personal.

This was the dirtiest thing to do to make me look bad. A colleague of mine, just had a baby, our company sends out gift baskets for newborns. I decided to give Hayneedle a shot. When checking out, it asked for the Recipient's Email Address which I thought was odd, but maybe for tracking. I enter in the Recipient Address, then it asks if the Billing Address / Sender's info is different. Yes, I enter all of my info, but it doesn't ask for email address. I complete the purchase to find out that they sent the receipt to the recipient. How dumb is that?!

I called in to Customer Support, the woman I spoke with apologized, and said they're aware. I asked for them to send me the receipt and she said she was getting done work and that I had to call back to speak with someone else. Why the hell did you answer the phone then?! Worst frick'n place to do business with.

Helpful (2)
Thank you
Grubhub
“Order Food, Never To Be Seen”

A rainy Saturday night, I order my food like any other night off Eat24.

6:44pm - Ordered food from Indian restaurant in SD, confirmed for delivery of 7:38pm.
7:23pm - Delivery driver calls to inform me, another driver took my order and that he'd work it out.
8:03pm - Contact Eat24's Customer Service via online chat. Sherm is whom is assigned to me. Calls restaurant, tells me it's on its way.
8:44pm - I tell Sherm "This blows, 2 hours later and still no grub. Excuse my language." He tells me he called the restaurant and ensures me its on his way. I began to tell him about how someone contacted me about the wrong delivery driver. He tells me he's getting back on the phone, to which I told him I'm giving up and going to the grocery store. Wait it's after 9pm the store by me is already closed. No response, so at 9:11pm I close the ticket.
9:14pm - I reopen a new ticket requesting for a refund to Order #816****. I get Sherm again who tells me "I thought my messages were being sent through, the order is on its way, but I am refunding the order, if the food arrives its on the house."

So what did I learn?
1) I can't rely on Eat24 ever again. The refund was nice, but doesn't fix my issue or give me a reason to use Eat24 again. An apology would've gone a long way.
2) Domino's is disgusting but its substance.
3) Oh yea, and that my food never came.

If you order items that need to be delivered do it at your own risk. They companies they use do...

Ordered a blanket that was supposed to be 90x90". The actual product was 96" long but they told...