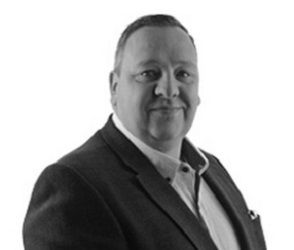 I ordered chairs from this company on 1st September and they sent chairs with wrong colour legs. I contacted them and very quickly they apologised and said they'd replace. 3 weeks later I still have no replacement but have been lied to several times about the replacements being on the way. After dozens of phone calls and more than 20 emails I have decided to contact their suppliers direct. They were very helpful and told me categorically that they never ever received a replacement request from Worldstores! I challenged them and have not had satisfactory answers. Fortunately their suppliers are more sensible and have sent the legs to me themselves, hopefully this time they'll be the right ones. Apart from all of the inconvenience of having to deal with this mess up by Worldstores, we have been unable to use our meeting room since the 1st of September because when I ordered them I was told that they were in stock and would arrive the next day. They didn't it was a few days, but that seems inconsequential now! So I threw the old chairs out and awaited the new ones. 3 weeks later and still waiting!

My advice would be to steer clear of this company. It kinda feels like a fake company who don't really have anything to sell, and when they mess up just don't handle it properly. If they get it wrong you will wait weeks and weeks to get a replacement, which is ridiculous given that a new customer will get a next day delivery of the items they are supposed to be replacing for you.

I have dealt with poor customer service before but this company take the award for the most ridiculous and the most challenging.

These guys fitted a new Vaillant boiler for us and it is really smart, especially with the Nest thermostat and boost button. Really impressed with how fast a tidy the fitter was, started in the morning first thing and was all done and dusted by end of day! Hopefully the new boiler will save us a few quid because it's super efficient compared to last one. I would not hesitate to recommend theses guys if you need a new boiler

Very impressed with Floormaker's service - the new tiles look brilliant in the kitchen (see photo) and the price and customer service were both very satisfactory. The free delivery was welcome, too!

We recently replaced our old timber deck with composite decking boards from TimberTech, which come with a 25 year guarantee and apparently need very little maintenance. The deck is still new so we'll see how it fares over the years to come, but right now it looks and feels great - the TimberTech staff were very helpful, too, guiding us through the whole process from start to finish. Recommended.

Helpful (1)
Thank you
PrimaPorcelain.co.uk
“Great for the bathroom”

This company's tiles are great for the bathroom - we've just revamped ours using their black indoor tiles and we couldn't be happier with the results. Very cool and modern! The company were great to deal with too, recommended.

Awful. Do not order from this company. Open one box and stated assembly. Lots of chips, dents,...

The worst quality products I have ever purchased and the worst customer service, poor return...