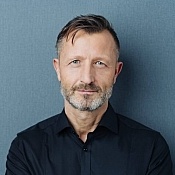 My car broke down when I took my children to soccer camp and these guys came to the rescue. The fix my overheating problem. Everything was computerized and done right. Thank you, thank you!

What I like about Target is that you can essentially find everything. Usually the people who work there are very help. Not always but usually. I think they have done a good job keep high quality at all their stores. Best of the Big Box stores.

Great, great store in LA. For me I like the personal experience of going into their store. Great staff and selection. I highly recommend it to everyone.

Helpful (1)
Thank you
Soccercampbytheocean
“In every way fantastic camps”

My two daughters first attended Premier Soccer Camps run by Dennis Lukens back in 2014 in Carlsbad. There were about 140 campers who attended that week. Registration was really overwhelming as 140 campers with parents arriving on campus at almost the same time. However, Dennis and his staff handled it flawlessly. I live in San Marcos so my wife and I watched a few sessions and the coaches were outstanding. Mr. Lukens was there every minute overseeing every detail. For my two daughters it was an high level camp and safe experience. We again attended one of his camps this past summer in So Cal and it was also fantastic soccer experience and exceptionally well run. I think what sets his camps apart from others is the attention to detail, the excellent coaches and the locations in So Cal. I highly recommend his programs to anyone seeking a super soccer camp experience.

Helpful (6)
Thank you
Amazon
“Changed the way we shop”

Amazon is really outstanding. My wife orders absolutely everything online from Amazon and it is delivered to our door. I know they sometimes get a bad rap but I/we have used them many, many times and always have been satisfied with their service and products.

I found out that Cyndi Lauper has a new country music style CD. But here in Dallas, we no longer...

Target has recently better than Amazon. I've invested a lot of money on Target.com. I had really...