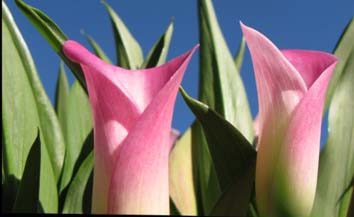 thredUP
“Definitely Not A Fan! Wouldn't Recommend This Place As A Buyer!”
My daughter and I love to shop thrift stores and when everything shut down a few months ago, we turned to the internet. We discovered ThredUp and at first, everything was fine. We found some really nice pieces for fair prices and even a couple of NWT items. Then we started noticing where item descriptions were not accurate and measurements were off. Things we bought as "Excellent condition! You might mistake it as new!" were arriving with obvious fading and wear and even a sweater with a gaping hole punched straight through the sleeve. The prices are quite high for a used clothing store with the condition these clothes were in, often charging 18.99 or more for a used blouse! What really did it for me though was when my orders kept getting cancelled with no explanation. Orders that were paid in full for and I was looking forward to receiving were cancelled and the clothes were placed back on the website often with higher prices. I emailed several times asking for an explanation and help to keep my orders from being cancelled and could not get a straight answer. Finally after 2 months, one rep told me that my orders were being cancelled because me and my grown, adult daughter each had an account with them. My adult daughter with her own money and credit cards could not have an account and spend her money with them because we lived in the same household so they cancelled my orders. Make sense? Yeah, me either. I never did receive any ethical reasons why they would raise the prices when they relisted the clothing either. Or why they refused to return the $10 reward that I earned and redeemed. But that's ok because we will never spend another dime with them. There are just too many other reputable companies out there to spend our money at and not have to deal with this nonsense.
Helpful (3)
Thank you

thredUP -. – thredUP Rep 8/6/20
Thank you for sharing your feedback with us, Janette. We sincerely apologize for any inconvenience regarding the experience you and your daughter had shopping with us. We have reached out to you via email for further assistance. If you prefer to have live chat support, our current chat hours are Monday to Friday from 6:00 AM to 5:30 PM PST. We'll be glad to keep assisting you from there.

Janette hasn’t received any thanks yous.

Janette doesn’t have any fans yet.

Janette isn’t following anybody yet.

This company is a complete SCAM! I send in 42 pieces of clothing. Never worn BR blouses (with the...

This was my first order. It took longer than I expected to arrive, and I would give the clothes a...