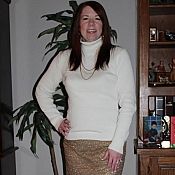 PoliceAuctions.com
“Advertising cheap knock-offs as authentic designer items”
I purchased two Raphael Leon designer watches from them. Upon receiving the watches, I noticed that one of them wasn't the watch I purchased at all. It was an entirely different model. When I contacted them about this, they said they had run out of the watch I ordered and they issued me an RMA. I later went on their site and found the exact same watch that I purchased (and they said they were out of) in three other new auctions. After realizing I'd been lied to, I more thoroughly examined both watches. I might not have done so otherwise, so I'm glad they sent me the wrong watch now.

The identifying numbers on the backs of the watches were nowhere near the same format as what was shown for the same watch on reputable sales sites. Additionally, the identifying numbers on both watches were exactly the same, despite them being two entirely different models from the designer. That simply does not happen. I knew then that both of the watches were fakes. Luckily, I made my purchases through PayPal so I have filed a dispute through them. I'm hoping that will make it easier to get a refund with their buyer protection. What sucks is I also ordered a diamond and sapphire necklace from them before I figured out the watches were fake. I'm sure that's going to be fake too, but I'll have to prove it before I can file a dispute with PayPal for it. I don't think my outright distrust of the site is probably enough to warrant a refund on its own.
Helpful (6)
Thank you

Jammie hasn’t received any thanks yous.

Jammie doesn’t have any fans yet.

Jammie isn’t following anybody yet.

I ordered some pieces and its junk. The chains are cheap and the stones look like they need a...

A very sad ripoff. Looks like something to do with stolen goods being auctioned. The reality is...