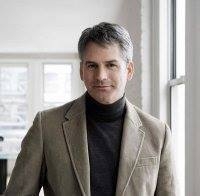 HaworthGuitars.com.au
“Inapt, Slack, Apathy and Deceitful”
I ordered a Behringer TM 300 on 9 May from Haworth Guitars on eBay. Delivery was to be between 15 and 17 May. Instead of sending the item the next business day or within a reasonable time frame, the company sent it on 16 May (AusPost tracking number *******0499092), meaning that it would not be delivered by the due date. When the item did not arrive by 18 May, I contacted the seller for a refund and ordered the item elsewhere.

Haworth Guitars wrote to me stating that they would issue a refund once the item was returned to them. It was returned to them on 24 May (see above tracking number). However, they did not refund the money and ignored further refund requests. Now they have the product AND my money!

I escalated the matter with eBay who initially rejected my claim. According to eBay, Haworth Guitars used a loophole in eBay's policy that even if an item was sent late, and even if it was returned to the seller, it counts as being delivered to me. After speaking to eBay, they looked at the case again and are now providing a refund. Beware of eBay's loony reasoning for initially rejecting a refund. Australian law overrides any eBay policy.

By selling on eBay, Haworth Guitars are still obligated to honour the agreement we have entered into. They misled me twice: first by claiming a false delivery date and second by not providing a refund as agreed (evidence is available upon request to anyone who is interested). It is up to Haworth Guitars to make appropriate delivery arrangements, not me.

Under eBay policy, you cannot advertise an item unless it is actually in stock. By sending the item late, either the item wasn't in stock, or this company is incompetent in processing simple orders. Based on their refusal to provide a refund although they agreed to it, Id say the latter. Either way, I will never order from this mob again.
Helpful (2)
Thank you
True Local
“Truelocal Publishes Biased Rubbish”
I use various sites to report on my experiences with businesses, either because they were excellent or because they really sucked. My negative reviews of businesses have never been published by Truelocal. I must conclude that Truelocal are biased and only publish positive reviews. This in itself is misleading conduct!
Helpful (11)
Thank you

Anyone from a disgruntled customer to a competitor can leave bogus reviews. You are powerless to...

True Local take it upon themselves to edit business information, discredit businesses, display...