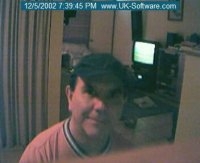 Beware of this site! It is not a proper auction but more like gambling on a poker machine. You are initially attracted to low prices for the "auctioned" products but unlike eBay, you have to PAY for the privilege to place a "bid", read "bet". Each bet costs around $1.00 but IF you bid then the closing time is advanced by 20 seconds. About 30 to 1 seconds before the closing time for the bet, you will see lots of bets coming in. I eventually noticed that there were a lot of constant <same> users on each individual item and it was obvious that the bidding was being advanced by "companies" attempting to raise the price. I found it impossible to win a bid because your bid at 1 second remaining time reset the time by an extra 20 seconds, giving time for the "companies" to add another bid adding HOURS more to the stated closing time. I had read all the literature and FAQs before starting the bidding process. Companies such as "$#*! Smith" were mentioned as being sellers so I thought it safe to try. Unfortunately, I spent $140 in "credits" before giving up on bidding for a product which had a retail price of $300. If you take the amount of credits at $1 each that must have been placed by individuals rather than companies, it was obvious that the product sold for well over $300 when those credits were given to the seller.
For me, it felt like I had put $140 into a poker machine which rarely paid a prize and as I'm not a gambler, I felt I had been duped. I cannot imagine that this is a legal process in Australia and shall be reporting it to the appropriate authority.
If "$#*! Smith" DOES support this "auction" scam then they should be castigated publicly. I'm sure that $#*!, himself would be horrified to see the practice!

Wish I had have done a review before I signed up! Bid at auction for $12, winner purchased ipod...