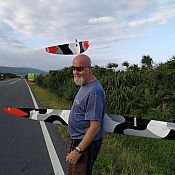 Earlier this year I made a small purchase of vitamins from the Dutch registered company iHerb. I don't normally buy anything from this company but in fact my normal supplier Puritan's Pride was temporarily out. I did do a small amount of research before purchasing and everything with iHerb seemed to be above board.

The goods duly arrived, shipping had been not too fast and not to slow, and the product multivitamin in this case - seemed to be OK. So, no problem there.

Then at the end of the banking period I received a statement that was surely wrong and indicated that iHerb had made four separate withdrawals, each for different amounts and amounting to almost 700 US$ from my credit card.

I only get credit card statements each three months so it was already two months after the withdrawals had taken place. Accordingly, I immediately contacted iHerb who requested evidence in the form of my bank statement, which I supplied to them by return.

There followed a number of email exchanges with various people at iHerb namely:
Aiko Y, Ryan N, Mervin M, Christian S, and Del - with a different person replying each time which is always suspicious. Due to the similarity of the messaging, and style, I strongly suspect that this is just one person.

During these interchanges they (he/she) mentioned an investigation into the matter by iHerb; told me that my account had been locked due to possible fraud also presumably by iHerb as this is where the money went to, and after a couple of weeks culminating with the advice that I initiate credit card chargeback procedures, though it was far past the possible time limit.

After that repeated emails received no reply.

1. I made a small purchase, and gave my credit card details to iHerb for that purpose.
2. The purchase arrived, but I cannot vouch for the quality of the items and I don't have that testing facility.
3. iHerb then made four separate, and completely unauthorized withdrawals from my credit card account that had nothing to do with any purchases to the tune of almost 700 US$.
4. Contacted, iHerb then used delaying tactics to make absolutely sure that credit card chargebacks were no longer possible.
5. I have been deliberately robbed of almost US$700.

In these cases, one can only really rely on the honesty and integrity of the company involved and hope that it was just a mistake that can be rectified by the return of the money. In this case I had complied with requests for evidence, and can prove that the money was deducted by iHerb, I now conclude that this was deliberate and fraudulent.
Helpful (4)
Thank you

James Has Received 1 Thank You

Islam J. thanked you for your review of iHerb

“Thanks for ur message.”

I purchased a protein powder 4lbs from the company through the Walmart website and they sent me a...

Dear iHerb team, I have been a returning customer for quite a while, but I was disappointed about...