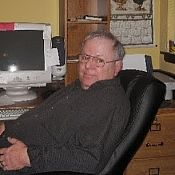 Everybody needs a day off sometimes so why not take that time and make the best of it right here in the pleasent and sweet atmosphere at BestWestern in Lee's Summit Missouri.

And don't forget the rewards you get.....points for nights stayed will win you free nights. That could really come in handy for those Dog House Days you guys !!
Helpful (0)
Thank you
Cross.com
“Shop, then buy, in ease”
I just had to take a minute and say something about a shopping experience I had with A.T.CROSS PENS. I went there looking for a refill for a pen I got as a gift. WOW at what I saw. I dreaded going there and looking for silly refills because I felt it would be very hard to find the correct one. But oh how plesent it was when I got there on line. They have so much to choose from. Many styles, colors, sizes, on and on. You can find whatever need for such right there on their website. (www.cross.com) Even their website is easy. Not some weird get up. They have all the refills there, and, pictures of them so you actually see to compare to your empty one. The prices are unreal !! Like buying penny candy. Then you see all the styles of pens they carry and are always adding others. As I said, styles, colors, etc. Then got what you're looking for and more. I could hardly get away from that site. Kind of makes your heart melt. Even if you're not looking for a new pen (like I intended) you fall in love with them. They have been around a long time and you can look for them to stay. The best you could ask for.!!
Helpful (0)
Thank you
Epson America
“DON'T BUY EPSON PRODUCTS”
My last three printers have been Epson Printers. I had problems with them but nothing serious like I have had with this last one I purchased. I have a problem, since day one, with the printer connecting to internet. I can't do any kind of internet printing. I purchased this printer in August of 2017 and it is still under warranty. I talked with Epson support many, many times about this problem They try this and try that but nothing works to get it on network. I have had Microsoft, Driver Support and many other techs try and fix it. Some have spent days working on it. So, this week I talked with Corporate offices about it. They have THREE of their senior techs try and fix it. The last one thought for sure he had it fixed. I tried it, no, it's not fixed. The printer cannot find the computer nor can the computer find the printer. Corporate sent me an email saying they would exchange it but when I tried to do that it was flat out refused. They say they cannot give me my money back nor will they exchange it. They refuse to honor their warranty. First statement they give you on their website and emails is "we repair to your satisfaction. Not ours but Your satisfaction". I told them I wasn't satisfied. They refused. Now, I'm stuck with a printer that doesn't work and isn't even backed by their company.
Epson is NOT the place to purchase a printer. They don't hold up even for the warranty period. They do NOT honor their warranty. They are the worst of the worst for printers. DO NOT BUY EPSON PRODUCTS
Helpful (0)
Thank you
Stamps.com
“The Perfect Post Office”
I have found the best Post Office around !! Right here in my own home. Stamps.com is my way of sending packages and mail. I print my own postage whether it be on USPS Postage stamps, Labels, or even straight on the envelope itself !! I can mail a friendly letter, a package, a big or little box, registered mail, certified mail...any mail you would go to the local post office and have them do it. At my leisure too. I can even call the post office to come pick it up. I don't have to leave home for postage or any kind of mail. Everybody should have Stamps.com. They are on the internet so just log on to their site... stamps.com.com... and get your own service started the same day. That's what I did and I've had it for several years now. Get on the net and get Stamps.com today !!! Tell 'em I sent ya !!!
Helpful (0)
Thank you
Tophatter
“Come on in and have fun”
If you need to relax a bit this is where to come !! TopHater is a lot of fun and with so many items to bid on, you can't get bored either. And it's good items too. Things you can really use at home or office and you set the.price. Come on in and let's relax together!!!
Helpful (0)
Thank you

Graciela M. Over a year old
Hi there James, Thanks for responding to Tophatter's experience survey! You are definitely right that Tophatter is a great way to relax. We are glad you're having fun bidding and thank you for sharing your experience.

James B.'s review of All My Sons Moving And Storage earned a Very Helpful vote

Dj R. reviewed All My Sons Moving And Storage

I've booked a hotel room at the Best Western Kings Inn, in Burnaby BC twice and it was a fabulous...