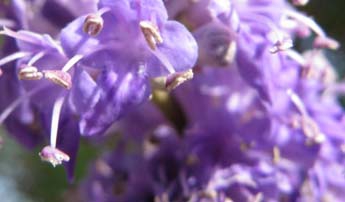 Amazon
“Never had a problem”
Never had a problem. I love it and use it for everything they offer that I am purchasing. I always check them first.
The most honest on-line site I have ever used.
Helpful (0)
Thank you
Walmart
“Don't use often but when I have, I have been totally...”
Don't use often but when I have, I have been totally happy with all aspects of shopping experiences.
Helpful (0)
Thank you
eBay
“Like the different prices shown, the ratings for the...”
Like the different prices shown, the ratings for the sellers. Good selection of products.
Helpful (0)
Thank you
6pm
“Excellent site”
Excellent site. Great prices, cheap S&H. I have had no problems returning items. I return items mainly due to not fitting. I have never been disappointed with the quality of merchandise.
Helpful (0)
Thank you
RetailMeNot
“I always check this before I shop on line”
I always check this before I shop on line. It is amazing how many coupons I have been able to utilize. I never knew this was out there. Great find.
Helpful (3)
Thank you
Amazon Kindle
“Awesome!!!”
Awesome!!! No complaints at all.
Helpful (0)
Thank you
QVC
“Not always satisfied with product”
Not always satisfied with product. S&H high. You have to pay S&H to return product. Like the 30 days to see if it is what I want, quality is good, and if I will use it, etc. No problems with returning it except what I stated before.
Helpful (0)
Thank you
Bed Bath & Beyond
“Never had problems. Get exactly what I asked for,...”
Never had problems. Get exactly what I asked for, no surprises or misquotes.
Helpful (1)
Thank you
HSN
“Great products, describe what you are getting”
Great products, describe what you are getting. Like the free S&H when offered.
Like the 30 day money back guarantee with no questions or problems returning except having to pay S&H to return. Use this site often.
Helpful (5)
Thank you
AT&T Digital Life
“What a joke”
What a joke. I called to get a cracked screen fixed on my phone. I ended up with a new phone and this security system. I love the phone but... I did not know what I was signing up for, did not know I had two weeks to cancel, didn't get the bill until three weeks later, convenient. The woman talked so fast, shot so many numbers at me, I thought I was getting a system for free and few dollars a month added to my bill. Well, as we all know, this is not true. I already had an ADT system in but I felt montly fees too high. I called and she put me on hold and then came back and said there is nothing I can do about it since it is over two weeks. She put me on hold for a long time like she was trying to get me help. RIGHT!!
BTW, I didn't want the garage door system. I already had an electric garage door. They failed to tell me it was in one of the boxes so I threw it away. I cannot get out of it for two years or pay $700 plus they probably will want the merchandise they installed for free!! and I would have to pay to have someone uninstall it and pay for S&H. Please read reviews. I always do before purchasing anything but didn't due to her talking so fast, shooting numbers at me and a poor choice of mine. Good luck with your choice. This is just my experience.
Helpful (7)
Thank you

Jake hasn’t received any thanks yous.

Jake doesn’t have any fans yet.

Jake isn’t following anybody yet.

Amazon is always the best. However, be careful about buying from Chinese sellers from...

One of the best shopping experiences I have ever had. Fast delivery and outstanding customer...