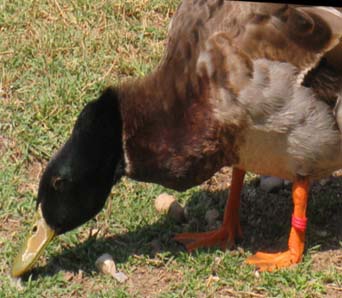 In April 2020, I had the misfortune of being referred to Martin Buckland, the owner of Elite Resumes, to assist me with my resume. My experience working with Martin left me questioning the legitimacy of his business. Martin charged me $850 to prepare a resume that can best be described as a joke. His work was filled with sloppy errors and, in certain instances, was completely nonsensical. Perhaps even more concerning is that Martin, when confronted about his shoddy work, insisted that it was fine and did not hear out my complaints.

I do not believe that Martin even tried to provide me with a usable resume. Martin simply did not put enough time or effort into his work to competently do his job. In preparing my resume, Martin failed to:
- seek my input about what skills, attributes and experiences I would like to emphasize;
- interview me about my work experience;
- write coherently and factually; and
- proofread his work.

To illustrate the quality of Martin's work, a few of the more obvious errors Martin made include:
- listing my Juris Doctor as being issued by the Province of Alberta (my degree was issued by the University of Alberta);
- listing an unfinished master's degree as being completed (my old resume clearly indicated that I was a candidate);
- transposing the digits of my phone number; and
- listing legal counsel, trademarks, trial preparation, litigation, mediation, depositions and briefs as "areas of expertise".
It should be noted that I do not have experience in any of these areas. Also, legal counsel is a role and not an area of expertise.

I also found many of Martin's revisions to be confusing. It seemed as if Martin did not understand or care about what he was writing. For instance, on a worksheet I provided to Martin, I indicated that I had prepared a set of legal agreements enabling a client to release its social platform in Canada. Martin revised this to "allowing client to release to a social platform in Canada". Releasing a social platform is not the same as releasing to a social platform. In another instance, I indicated that I had prepared claim amendments and arguments to overcome a patent examiner's obviousness objections. Obviousness refers to a specific requirement in patent law. Martin revised the provided information to "framed claim amendments and arguments to overcome examiner's obvious objections". It is not clear as to why Martin thinks that I intended, or that it is even appropriate, to point out how "obvious" the examiner's objections were. Martin's resume was filled with similar errors throughout.

Martin's work speaks for itself. It is of exceptionally poor quality and is far below the standard one would expect from a professional. If you are considering hiring a career coach or resume writer, I strongly suggest looking elsewhere.

Jae hasn’t received any thanks yous.

Jae doesn’t have any fans yet.

Jae isn’t following anybody yet.